Radisson Hotel Group has announced the signing of the first Radisson-branded hotel in Georgia, further driving the expansion of the group’s upscale brand across Europe, the Middle East & Africa (EMEA).

The Radisson Tbilisi City Centre is set to arrive in Georgia’s capital in 2021.

Elie Younes, executive vice president & chief development officer for Radisson Hotel Group, said: “We are excited to bring a Radisson to Georgia, which will complement the three existing properties that we have in the country, including the recently opened Radisson Collection. A warm welcome for our owners, Block Invest, to our family.”

Alongside 200 guest rooms, the Radisson Tbilisi City Centre will also feature a restaurant, a bar and a meeting space equipped with the latest audio-visual technology as well as free high-speed Wi-Fi. With its variety of facilities, the hotel is expected to attract both business and leisure guests to the centre of Georgia’s capital city. 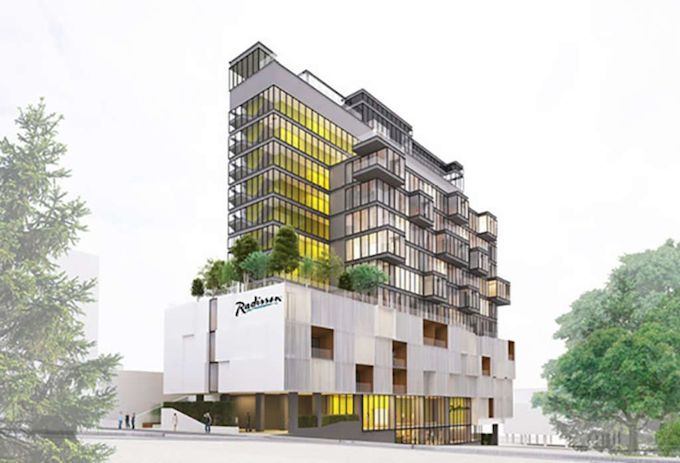 How the The Radisson Tbilisi City Centre will look

The Radisson Tbilisi City Centre will boast a spectacular downtown location, making it the ideal starting point for visitors to explore Tbilisi and its many attractions, shopping centres and offices.

A vibrant city full of stunning architecture, Tbilisi is growing in popularity among travellers. Many arrive for its lively arts and cultural scene, featuring a wide variety of cafés, restaurants, bars and clubs. The city also draws visitors in with its historic buildings, museums and galleries. It is a destination with an increasingly cosmopolitan atmosphere that invites people to explore.