Diamond Resorts has won a lawsuit filed against a group of so-called “timeshare exit companies” including Nashville-based Castle Law Group PC, its principals and related entities.

The leading the hospitality and vacation ownership business took an aggressive stance to protect its customers from the disturbing rise of unscrupulous companies that charge timeshare owners thousands of dollars in upfront fees but do not deliver on their promises to help members transition out of vacation ownership.

The lawsuit, filed in a Tennessee federal court, has resulted in a final permanent injunction order against remaining defendants William Michael Keever and Castle Venture Group. The order bars these defendants from communicating with any Diamond Resorts timeshare owners and it will cease operations.

This follows a previous ruling by the Supreme Court of Tennessee that resulted in permanent injunctions against Castle Law and Judson Wheeler Phillips, former senior partner with Castle Law, and the disbarment of Phillips, for misleading and defrauding timeshare customers. 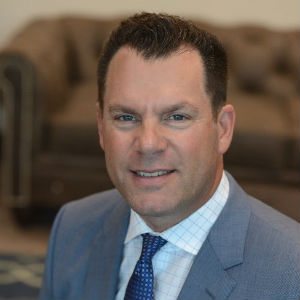 Mike Flaskey, chief executive officer of Diamond Resorts, said: “Alongside our prior legal victories, this injunction represents another step in our continued fight to stop reprehensible companies from preying upon our customers.

“We’re very honoured that the vast majority of our members love their vacation ownership because it allows them to spend more quality time with their families.

“But we also recognise that when life circumstances change, some members may want to transition out of their ownership.

“We want to ensure that our customers looking to transition from timeshare ownership will work directly with us to do so in a safe way.”

Diamond Resorts remains committed to protecting its members from unscrupulous timeshare exit companies, which not only hurt vacationers, but also often break the law.

In addition to this case, Diamond Resorts has pursued 12 actions in federal courts across the United States against numerous companies marketing themselves as timeshare exit companies. Diamond has obtained permanent injunctions in an additional seven lawsuits.