E-visas on the Rise

Going digital cuts down on time and paperwork for global travel.

As travelers embrace more digital substitutes for their travel documents, from boarding passes to itineraries, more governments are following suit with the introduction of electronic visas (e-visas), seemingly by the month. Ukraine and Kazakhstan began offering e-visas in January, and Japan will allow tourist e-visas starting in April of 2020, joining countries such as Canada, the U.S., Australia, and India. After all, e-visas cut down on paper, manpower, and the possibility of documents being lost because of human error—making them a win for both governments and travelers.

Resorts in these countries may begin to see a ripple effect of more travelers, as obtaining a visa is becoming considerably easier. “For those who travel often and have busy schedules, e-visas expedite approval. In the old documentation, you’d have to wait months, and now it’s as short as 48 hours,” says Alyssa Heberlig, founder of luxury travel concierge company Just Always Traveling.

“When people are planning trips, they don’t think about visas,” Heberlig says. For more-traditional visas, which take longer to process, that’s a big problem. But with e-visas, travelers can apply online and, once they receive approval, get their e-visa emailed to them instead of waiting to receive it in the mail. The process is much easier and allows more travelers to book last-minute. That could be an opportunity for resorts looking to unload vacant inventory. Before, resorts had to advertise to travelers far in advance of a potential vacation, but now e-visas have extended that opportunity window considerably.

“Anytime you make it easier to travel, more people are going to take trips,” Heberlig says. For instance, according to the Press Information Bureau, in 2014 when India began issuing e-visas, 39,046 travelers visited India on e-visas, and the following year, that number rose to 445,300. The number has continued to grow—in 2017, 1.69 million foreigners visited India using e-visas. The service helps open the world to travelers, and for timeshare, that’s always a good thing.

Biometric Technology on the Horizon for Resorts

Facial recognition and fingerprint scanning may be the future ... 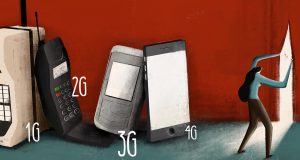 The World of 5G