The world’s longest commercial flight landed in New Zealand this week, when Qatar Airways’ Boeing 777-200LR touched down in Auckland after a 9,032-mile flight from Doha.

The inaugural non-stop service landed on Waitangi Day (February 6) in New Zealand, and celebrations included a traditional water salute as the aircraft taxied down the runway.

The airline tweeted “We’ve officially landed in Auckland”, as flight QR920 landed five minutes ahead of schedule after a 17 hour 23 minute trip. The airline also noted the flight was longer than the entire ‘Lord of the Rings’ and ‘The Hobbit’ trilogies, the film series that were shot in New Zealand. 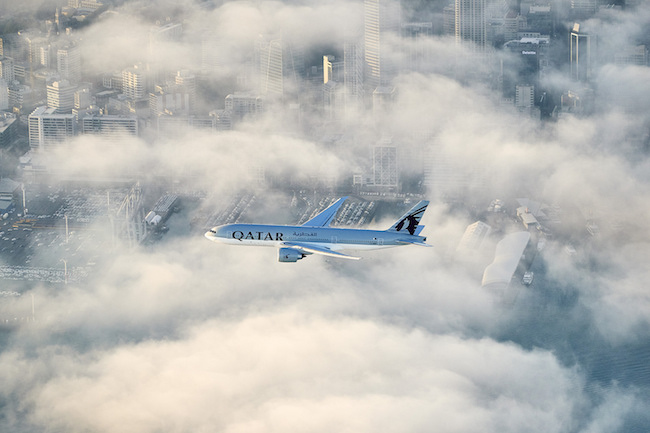 H.E. Al Baker said: “The launch of our new service to Auckland is an important milestone for Qatar Airways as we expand both in the region and globally across our network providing more options and better connections to exciting business and leisure destinations in Europe and the Middle East.

“Arriving in Auckland on Waitangi Day, and achieving the title of world’s longest flight for the return record-breaking service, which covers a distance of 14,535 kilometres and lasts 17 hours and 30 minutes, makes this an even more momentous occasion for Qatar Airways and provides another accomplishment to celebrate in this our 20th year flying the flag internationally for Qatar.”

Jeremy Clarke-Watson, New Zealand Ambassador to the State of Qatar, added: “Welcoming Qatar Airways to New Zealand, through this direct service, is a significant event in the New Zealand Qatar relationship – opening up greater people to people and business to business connections between our two countries.

“We look forward to welcoming more Qatari and GCC nationals to New Zealand, taking advantage of New Zealand’s 90-day tourist visitor visa on arrival for GCC citizens. We also look forward to working with Qatar Airways and New Zealand exporters to maximise the potential of the direct service’s freight capacity, which opens up a whole new market for our exporters particularly in fresh food and beverage.”

Welcoming the airline to Auckland, Adrian Littlewood added: “We expect this route to be very popular with visitors to New Zealand and with New Zealanders travelling, particularly between this country and Europe. Qatar Airways offers high quality inflight service and a wide network of destinations.”

Air India’s flight from Delhi to San Francisco is the world’s longest by flying distance, but when measured on the surface of the earth Doha and Auckland are further apart. 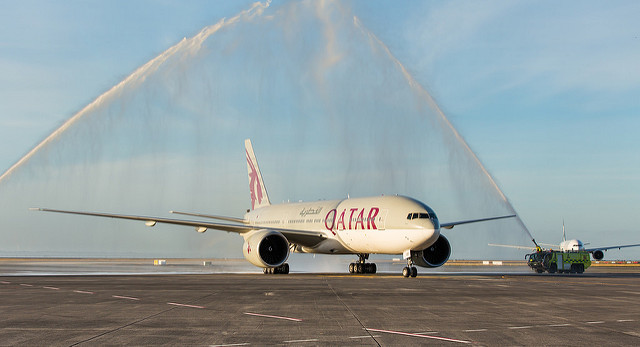