HH Sheikh Mohammed bin Rashid Al Maktoum, UAE Vice President and Prime Minister and Ruler of Dubai, has marked the ground breaking of The Tower at Dubai Creek Harbour, which will be the world’s tallest tower when completed in 2020.

The ground breaking on the tower – which is set to eclipse Burj Khalifa as the world’s tallest tower – was held in the presence of HE Mohammad Al Gergawi, chairman of Dubai Holding, Mohamed Alabbar, Chairman of Emaar Properties, and other dignitaries.

Providing stunning 360-degree views of the city and beyond, the Tower, designed by Spanish/Swiss architect Santiago Calatrava Valls, will be an undoubted tourist attraction as well as strengthen the UAE’s reputation for innovation in architecture, engineering and construction. 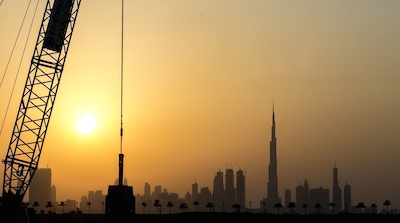 Work gets under way on The Tower

Re-defining the spectacular skyline and setting a new global referral point, The Tower will feature several VIP Observation Garden Decks and have dynamic illumination to make it a stunning visual landmark during the day and night. It also anchors the 6 sq km Dubai Creek Harbour, one of the world’s largest master-planned developments and a next-generation smart hub defined by the latest developments in artificial intelligence.

Mohammad Al Gergawi said: “The ground breaking is another historic moment for the UAE, as we mark the construction of another icon that will add to the UAE’s civic pride. It celebrates the vision of HH Sheikh Mohammed, underlined by the recently announced ‘UAE Strategy for the Future’ to drive the transformational growth of the nation.”

Mohamed Alabbar added: “Dubai is a centre of innovation for supertall structures and breakthrough developments in architecture and engineering. The Tower will be a sterling addition to the smart city that HH Sheikh Mohammed envisages. We will continue to push the frontiers of engineering to complete it in time for Expo 2020 Dubai.” 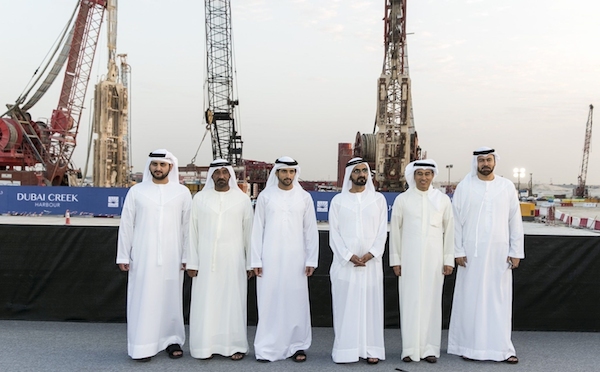