Global aviation company VistaJet has reported hugely positive results for the Middle East, highlighting the global trend for individuals and corporations to move away from fractional and full aircraft ownership.

Regionally, the company has seen its flagship Program Membership hours double this year, driven by an increase of 50 per cent in the number of its Program customers. With clients buying more hours to meet their flying needs. The figures see VistaJet considerably surpassing the overall Middle East business aviation sector’s results, which are forecast to grow by nine per cent this year.

Saudi Arabia has even more potential for growth and as the first and only global operator to abolish positioning fees around the globe, VistaJet will enable its customers to seamlessly connect to and from the country, anytime and anywhere. 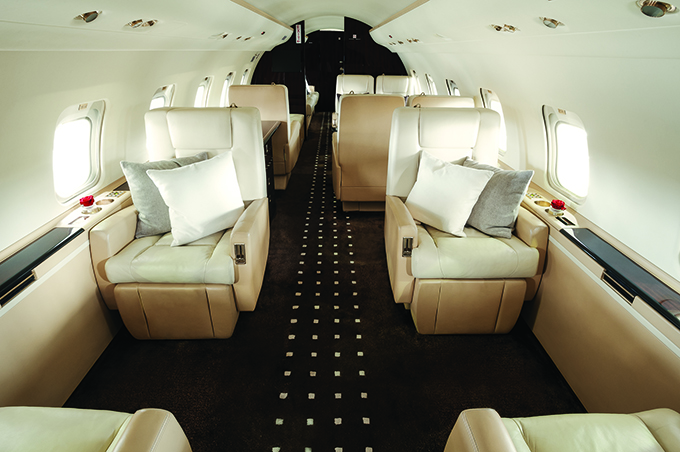 Inside a luxurious VistaJet cabin

The company has now visited more than 1,600 airports globally and 68 in the Middle East, of which Dubai is currently most popular for customers flying in from Moscow, London, Nice and Mumbai, the highest traffic drivers for the region.

The rising importance of private jet travel in the Middle East is characterised by the increase in companies launching business subsidiaries in the region. With VistaJet’s global infrastructure, guaranteed aircraft availability and access to a fleet of over 70 identical large-cabin aircraft, the company expects to deliver further positive results over the coming years.

Thomas Flohr, VistaJet’s founder and chairman, said: “VistaJet continues to provide a valuable proposition for business leaders and an alternative to aircraft ownership. With a growing demand for global travel in the Middle East, we foresee a continued increase in our customer base in the region.

“We are leading the industry and relentlessly strive to deliver an unparalleled global service to our customers. With our extension to operate in and out of Saudi Arabia, this will further enable business leaders to travel seamlessly throughout the Middle East and to the rest of the world.”