Saudi Arabia to see over 20 million visitors by 2020

Inbound tourism arrivals to Saudi Arabia will reach more than 20 million by 2020 according to a new report.

The prediction has been prompted by the flourishing religious tourism sector and increasing demand to join the annual Hajj pilgrimage, the most important religious event of the year in the Muslim world, according to consumer insight firm Canadean.

The company’s latest report says Hajj represents a major tourism opportunity for both domestic and international stakeholders, particularly hotel groups and tour operators, as over two million pilgrims will travel to Saudi Arabia during September to visit Islam’s holiest site in Mecca. This will help Saudi Arabia offset its recent losses in oil revenue, which accounts for 40% of the country’s GDP, with tourism contributing just 3.5% of GDP in 2015.

Gillian Kennedy, an analyst at Canadean, explained: “While the Hajj is an established ritual in the Islamic world, its importance as a tourism destination has been transformed in recent times. 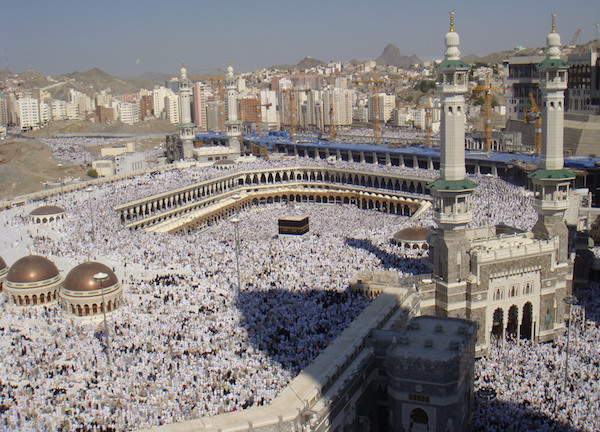 “The Saudi government is investing heavily in new hotels and spending more than US$13 million a year renovating historical religious sites. Specific landmark hotel openings in the pipeline include the Abraj Kudai hotel, which will be the world’s largest hotel with 10,000 rooms, built at an estimated cost of US $3.6 billion.”

According to government statistics, tourist expenditure during Hajj season will increase by 30% over last year’s figures and reach US$6.9 billion in 2016. The increase is expected after the Saudi government ended the limit on Hajj pilgrimage visitors as previous overcapacity incidents caused violent episodes amid serious crowding at the Hajj.

Kennedy added: “Despite previous incidents, demand to visit the Hajj continues to grow with over three million visitors a year, and tourist accommodation is witnessing a major increase in prices. With at least 40% of pilgrimage expenditure used for accommodation such as hotels or fully-furnished apartments, there are a plenty of investment opportunities with significant revenue potential emerging in the Saudi Kingdom. Already, 13 of Mecca’s 15 old neighborhoods have been rebuilt to make room for hotels and commercial spaces.

“Moreover, one square metre of land in the area surrounding the Grand Mosque is currently valued at US $122,350, resulting in much of the native population selling their property to the government or to real estate developers.”

To find out more, or order the report, click here.