Qatar Airways has continued its rapid growth by opening its fourth new gateway into Eastern Europe in less than four months.

To celebrate, and acknowledge the airline’s inaugural service to Bosnia and Herzegovina, Qatar Airways group chief executive, His Excellency Akbar Al Baker, hosted a press conference at the Hotel Bristol in Sarajevo on 31 October.

Following the arrival of QR293, the airline’s first flight to Sarajevo, Al Baker discussed Qatar Airways’ rapid expansion of its global route network and highlighted its commitment to boosting tourism levels in the Bosnian and Herzegovinian capital.

“We are excited to have launched our direct non-stop service to Sarajevo. As our award-winning airline continues to expand its global network, we were determined to include this European hidden gem on our route map,” he said.

“Qatar Airways is committed to supporting tourism in the capital and neighbouring cities, by bringing global travellers from more than 150 destinations.

“We are also proud to serve local travellers from Sarajevo by offering them endless possibilities of connecting to their favourite business and leisure destinations around the world on the Qatar Airways network.” 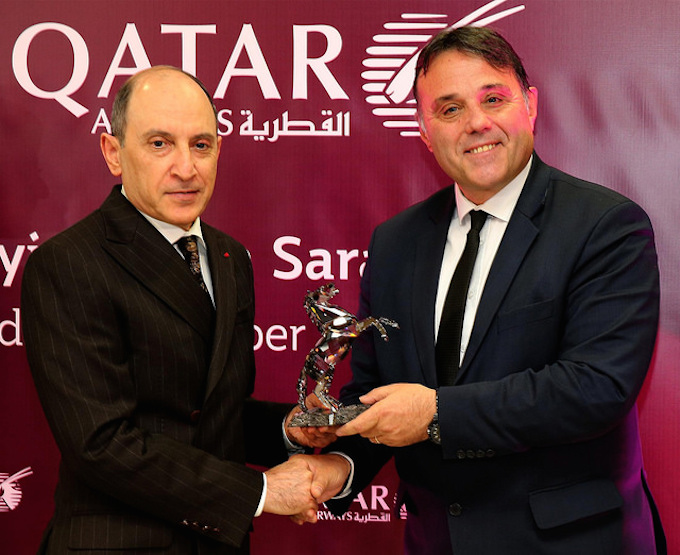 His Excellency Tarik Sadović, the Ambassador of Bosnia and Herzegovina to Qatar, said: “Good transport is the basis for the development of modern tourism and business. We are happy that Qatar Airways is committed to strengthening tourism in our country. Therefore, we must build a credible partnership in mutual interest and seize the development opportunity that will be provided to us.”

“Our nationals who are employed in Qatar now have a direct route, and other passengers will be able to reach almost any destination in the world with a single stop in Doha. Travellers from around the world will be able to add Sarajevo to their tourist and business itinerary with much greater ease.”

Qatar Airways is set to continue its rapid expansion by adding flights to a range of destinations including Canberra, Australia; Chiang Mai, Thailand and Cardiff, UK, in the coming months.