Qatar Airway’s flight from Doha touches down in Thessaloniki

Qatar Airways new service to Thessaloniki has now launched, with the first flight to Greece’s second-largest city, landing at the end of March.

The new four times-weekly service from Doha to the airline’s second gateway in Greece commenced one month ahead of the launch of its third destination in Greece, the island of Mykonos. 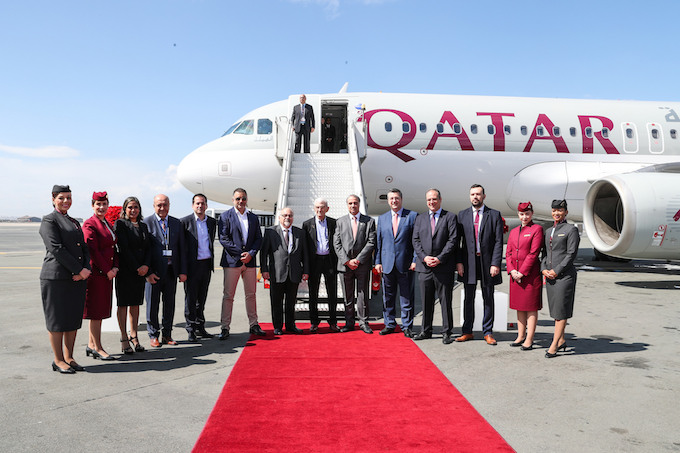 The VIP delegation on arrival in Thessaloniki

His Excellency Akbar Al Baker, Qatar Airways Group chief executive, said: “Qatar Airways’ new service to Thessaloniki will help reinforce links between the State of Qatar and Greece, and deepen the friendship and co-operation between our two great countries.

“Our second gateway in Greece, Thessaloniki is a major tourist destination all year round offering access to some of Greece’s most famous resorts. We are delighted to support Greece’s tourism industry by providing more global travellers the opportunity to visit this iconic city.” 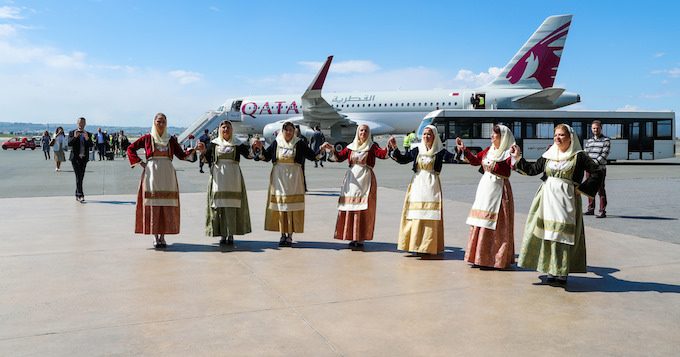 Traditional Greek dancing welcomed the arrival of the flight

“Passengers from Northern Greece and the Balkans can now benefit from direct flights linking Thessaloniki with the international hub of Doha and beyond. We look forward to working closely with Qatar Airways and support them in ensuring the success of the new route.”

Qatar Airways has been operating to Athens since June 2005, and in 2015 increased its service to the Greek capital from twice daily to three times daily to meet growing demand.

The airline’s robust growth strategy in Europe continues, with service to Mykonos commencing in May. The launch of these additional two gateways into Greece confirms the airline’s strong commitment to boosting tourism in Greece, especially from regions with strong Greek populations such as Australia and the Middle East. With the launch of service to Mykonos, the award-winning airline will operate 58 times a week between the five-star Hamad International Airport (HIA) and Greece.