The black-tie event was held in Dubai on 4 July and attended by more than 150 professionals from the travel and tourism sector of the Middle East. The hotel’s manager, Chady Kanaan, director of Sales & Marketing, Binu Varghese and assistant marketing manager, Sheryl Aquiatan attended and received the award.

Simon Moore, general manager of Millennium Airport Hotel Dubai, said: “We are truly grateful to Arabian Travel Awards for this amazing recognition. Awards such as these are an indication that our hard work and perseverance in the pursuit of delivering a memorable experience to our guests is bearing fruit.” 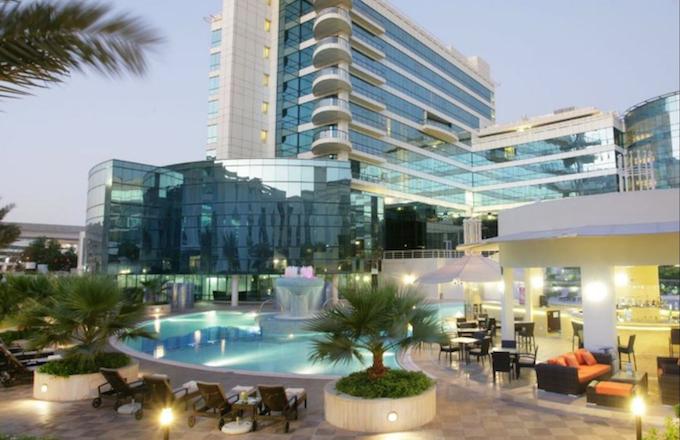 The 341-room Millennium Airport Hotel Dubai is a contemporary lifestyle destination for those wanting to be at the centre of Dubai’s pulsating business and cultural scene.

Named the Middle East’s Leading Airport Hotel at the World Travel Awards 2016 for the fifth time since 2008, the property is located five minutes’ drive from Terminals 1 and 3 of Dubai International Airport, as well as near the city’s major central business, historical districts, tourist spots, shopping centres and entertainment hub.

Arabian Travel Awards is DDP group’s first-ever international initiative to celebrate talent from the tourism and hospitality industry in the Middle East. The award is divided into four categories – Personal Awards, Business Awards, Trending Awards and Partner Awards. The awards were supported by TravelTV.news, TravTalk Middle East and TravTalk India who were the premier media partners.