The Middle East and North Africa (MENA) are expected to welcome 195 million international tourists by 2030, with between 25 and 50 million new jobs required in the region over the next decade.

The rate of visitor growth is higher than the world average, according to figures by the World Tourism Organization (UNWTO).

That’s the headline message to be discussed at the UNWTO and ATM Ministerial Forum, which takes place on 24 April during Arabian Travel Market (ATM) in the Dubai World Trade Centre.

More than 20 Ministers and industry leaders will gather at the Ministerial Forum to discuss how tourism can play a role in the future of the MENA region.

The Forum, an official event of the International Year of Sustainable Tourism for Development 2017, returns to ATM this year, with a particular focus on the contribution of tourism to sustainable economic growth and economic diversification of the MENA region. 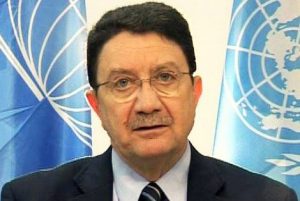 Taleb Rifai, UNWTO secretary-general, said: “Tourism is an increasingly important sector to support the economic diversification of the region.

“In addition to generating foreign exchange earnings and creating jobs, tourism promotes trade and investment and significantly contributes to the development of other sectors of the economy – such as construction, manufacture, retail and financial services.”

Simon Press, senior exhibition director, ATM, said: “The Middle East has experienced huge changes since the UNWTO Ministers Forum was last held at ATM back in 2015. This year will reflect the pace and level of that development, uniting more than 20 ministers with industry leaders in the MENA region to consider methods of capitalising on tourism growth and building a sustainable ecosystem for the sector to unlock its potential within each country’s National Agenda.

The Forum is one of a number of events in the year-long programme of official activities of the International Year of Sustainable Tourism for Development 2017.

In his message on the occasion of the Year, United Nations Secretary General, Antonio Guterres said: “Tourism has become a pillar of economies, a passport to prosperity, and a transformative force for improving millions of lives.

“The world can and must harness the power of tourism as we strive to carry out the 2030 Agenda for Sustainable Development.”