Digital revolution to shape airlines of the future

The annual Travel Convention summit in Abu Dhabi has heard how a digital revolution is set to shape the airlines of the future.

Peter Baumgartner, chief executive officer of Etihad Airways, addressed convention delegates at the event – organised by the Association of British Travel Agents (ABTA) – to highlight how the airline will continue to be a leader in the development of the aviation sector, through its approach to innovation and technological advancement.

The airline continues to invest in a next-generation fleet and is expected to take delivery of its first Airbus 350 in 2017. 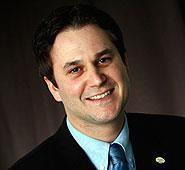 Baumgartner said: “Technology is an area that offers the next opportunity for a great leap forward. We will continue to see new innovation in product design – and for anyone out there thinking that the A380 and Dreamliner products mark Etihad’s high point, I simply mention we are now working on our A350 product.”

Baumgartner also highlighted the theme of partnership and explained how Etihad Airways partner airlines are working with the world’s leading technology companies – such as Sabre, IBM, Adobe, Cognizant, SAP and many others – to create a unified strategy to transform the way each airline interacts with guests at every touch-point of their journey.

Delegates also heard how Etihad Airways has dealt with the challenges faced by the industry, which include technology, economic pressures and the changing shape of the market. However, by focussing on the core fundamentals of customer care and by not following the herd, it is possible to differentiate and be recognised as a travel industry leader.

Abu Dhabi was chosen as the venue for this year’s Travel Convention by ABTA as the destination is increasingly recognised as a leader in the tourism industry for the Middle East region, with the city undergoing rapid change and investment to attract even more travellers to the region.

The staging of the conference in the capital city was another significant success for the UAE, with the UK market of huge importance, and its relationship with the trade forms a cornerstone of the development of its services. Etihad Airways operates six daily flights from the United Kingdom, connecting through its hub in Abu Dhabi to the leading leisure and business destinations in Asia, Africa, the Indian Ocean and Australasia.

The airline’s flagship Airbus 380 flies three times daily from London Heathrow, and features The Residence, the only three-room cabin in the sky, alongside additional services such as First Apartments, Business Studios and Economy Smart Seats. 2016 also saw Etihad Airways pass the ten-year milestone at Manchester Airport as well as a successful first year of operating from Edinburgh.