Bollywood Parks Dubai, is a first-of-its-kind theme park that showcases rides and attractions based on some of Bollywood’s biggest blockbusters. The park opened with a ceremony that included a number of live shows performed by Bollywood artists and dancers. 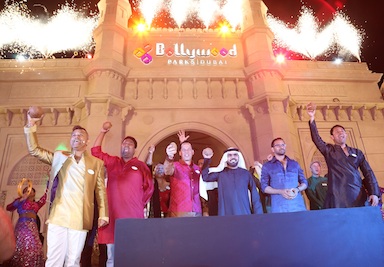 The opening of Bollywood Parks Dubai

Raed Kajoor Al Nuaimi, CEO of DXB Entertainments PJSC, the owner of Dubai Parks and Resorts said: “Following the successful opening and commencement of operations at Legoland Dubai and Riverland Dubai, we are very excited and eager to witness our guests’ reactions when they experience Bollywood Parks Dubai… we’re confident that it will appeal to a large segment of fans due to its popularity in the region.

Bollywood Parks Dubai will recreate the Bollywood experience through themed attractions and rides spread across five zones – Bollywood Boulevard, Mumbai Chowk, Rustic Ravine, Royal Plaza and Bollywood Film Studios. Visitors will be able to enjoy action, storytelling and captivating dance sequences inspired by a range of popular films. In addition, the park’s flagship offering is the 850-seat Rajmahal Theatre that will be home to a separately-ticketed Broadway-style, Bollywood -themed show. 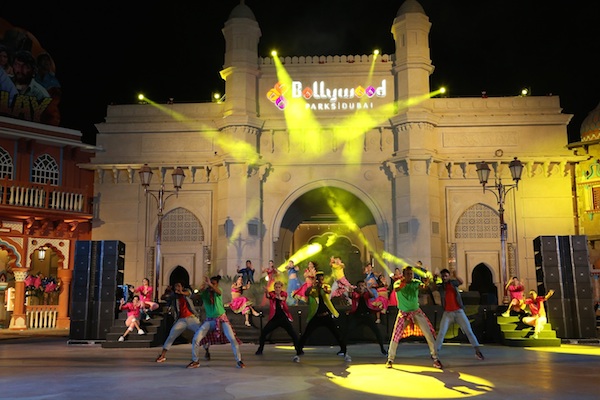