The World Travel & Tourism Council (WTTC) has congratulated the Government of Saudi Arabia for adopting tourism as a key sector to help diversify its economy away from oil income, and urged it to adopt visa policies to welcome more visitors.

David Scowsill, WTTC president & CEO, said the organisation had been emphasizing the importance of Travel & Tourism as an alternative income stream to oil exporting countries over the last months.

“Our sector is very resilient and a great economic and social stimulator for a country’s economy,” he said. “It is important that any country sees this opportunity, but especially for countries where other income streams are contracting, such as oil exporters. Our sector is a sound investment that stimulates economic growth and creates jobs.” 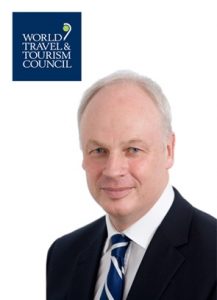 Scowsill added: “WTTC would like to commend the Saudi Deputy Crown Prince and Minister of Defense, Prince Mohammed bin Salman Abdulaziz Al Saud and the Saudi Arabian Government’s decision to focus on our sector as part of diversifying its economy.

“In order to ensure that the increase in tourism investment will lead to the expected growth, we encourage the government to adopt visa policies that welcome all travellers for business and leisure purposes. It is important to emphasize the private and public sector cooperation as Prince Sultan bin Salman bin Abdulaziz Al-Saud, chairman and president of Saudi Commission for Tourism and National Heritage (SCTH), highlighted when he spoke at the WTTC Global Summit last month.”

The Government of Saudi Arabia has announced a plan to diversify its economy in order to overcome reliance on crude oil exports by 2030. The ‘Saudi Vision 2030’ plan will see the country’s Public Investment Fund increase from US$160 billion to US$2 trillion, of which tourism investment will increase by US$8 billion to almost US$46 billion in 2020.

In 2015, Travel & Tourism generated SAR190.3 billion (US$50.2 billion), 8.0% of total GDP in Saudi Arabia and supported 11.4% of total employment. The country currently ranks 24th in the world in terms of the absolute size of its Travel & Tourism sector.