The Latin American Travel Association (LATA) celebrates its 25th birthday this year with a record level of membership, new strategic direction and a growing events calendar.

Founded 25 years ago by a small group of volunteers who felt there was a lack of tourism board presence from the Latin American countries in the UK, LATA was created to promote sustainable travel to and around Latin America whilst encouraging best practice. It now has 327 members, making it the largest association of its kind worldwide.

Since March 2016, LATA has welcomed over 30 new members representing a diverse spectrum of companies that operate to or in Latin America, including tourism boards, airlines, hotels, tour operators, airlines, representation companies and other travel and transportation products. 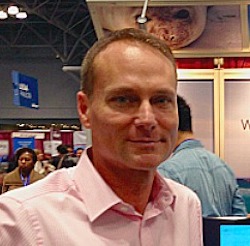 As a marker of its continued growth and standing within the UK travel industry, LATA appointed Tony Mason to the newly-created role CEO in December 2016. Mason manages operations and business activities, marketing, promotion, sponsorship planning and implementation whilst building relations with key partners and stakeholders and growing membership.

In June, the organisation will host the 4th edition of Experience Latin America (ELA); a B2B tourism event focusing on travel and tourism to and around Latin America. This year’s event is set to welcome a record 130 exhibitors, making it Europe’s leading B2B Latin America Travel trade show.

There are also plans for a 2017 travel agent roadshow in the UK featuring key LATA members, and a crisis management conference later in the year.

Mason said: “LATA has had an extremely positive start to the year. The increase in LATA membership twinned with recent tourism statistics highlights a strong appetite for growth to the region.

“In the last few years, Latin America has seen considerable developments in tourism infrastructure. This alongside new direct flights from the UK to Latin America and a range new European connections such as Air Europa’s new Madrid flight to Guayaquil in Ecuador and LATAM Airline Group’s new route from Barcelona to Sao Paulo have helped drive visitation.

“At LATA, we continue to work with our members to promote sustainable travel to Latin America and we look forward to continuing our work with the UK travel industry to further stimulate tourism growth to Latin America.”