Ananta Spa And Resorts, an RCI-affiliated property in Ajmer, Pushkar

Growing demand for timeshare in India

Timeshare is enjoying an unprecedented growth in demand in India according to a new article in Travel Trends Today.

The piece by Akshay Kumar (LINK) is based on an interview with Sabina Chopra, managing director of RCI India, and includes her hugely positive statement that ‘seven out of ten people find timeshare ownership concept appealing’ in the country.

Chopra also discusses the industry’s evolution in India, where timeshare has massive potential – the estimated market is between three and five million, and growing ‘exponentially’ according to RCI. 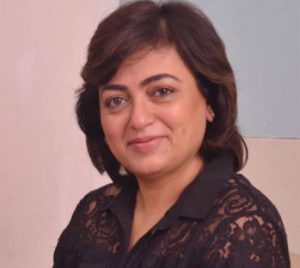 Chopra said timeshare in India has grown from single resort hotel to chain of hotels and resorts that give consumers the chance to buy vacation time in any of their properties worldwide. After going through “an initial phase of acceptance” during the 1980s, when it “did not receive the required nurturing it demanded”, the product is now far more established, with younger people seeing the “value of owning a timeshare and are eyeing it as a viable investment”.

A survey conducted in partnership with Kantar-IMRB showed seven out of ten people found it appealing, with satisfaction levels showing why – timeshare owners are much happier with their holidays than non-timeshare owners.

The industry’s confidence – and potential – has also been boosted by the rising number of resorts in the country, which has grown by more than 50 per cent over the last six years, according to Chopra. In addition, the high quality of resorts worldwide and increasing interest in overseas travel and other holiday options mean the versatility of the product – augmented by the services of RCI, which continues to expand its own offering – are all helping to boost timeshare’s appeal to Indian consumers.

• RCI has 318 affiliated resorts in India.