Figures shared by India Tourism Office London reveal that British travellers have embraced the India e-Tourist Visa (eTV) since it launched a year ago, accounting for nearly a quarter of all e-visas issued worldwide (197,788 out of 881,817).

Nearly 900,000 e-visas have been issued in the last year and, on the scheme’s first anniversary, the UK represents the strongest market globally. Indeed, within the first two months of its use by UK citizens, the UK was number one, ranked first out of 113 countries using the new e-visa scheme. Thanks to the successful marketing and promotional efforts undertaken by India Tourism Office London, the UK has since remained in top position for e-visa take-up.

India has long been a popular destination for British holidaymakers, and attracted 870,000 UK visitors in the last year. Latest figures show that, during July 2016, 16.51 per cent of total foreign tourist arrivals to India were from the UK. The e-visa scheme has certainly made it easier to travel to India, as it has reduced the time and expense previously required in securing official permission to enter the country. 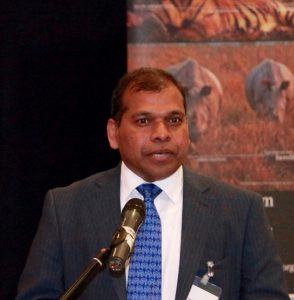 “Now, the India e-Tourist Visa Scheme has vastly simplified travel to India and is a proven success. The scheme is expected to boost UK tourist arrivals to India, assisting in India Tourism’s aim to attract one million UK visitors to the country.”

The India e-Tourist Visa Scheme was initially launched on a limited basis in November 2014, for citizens of 77 countries. In August 2015, it was widened to encompass 113 countries, including the UK. Travellers to India who hold an e-visa are permitted to arrive at one of 16 designated airports and can travel to India up to twice in a calendar year.

The India e-Tourist Visa can be applied for at https://indianvisaonline.gov.in/visa/tvoa.html a minimum of four days in advance of the arrival date to India with a window of 30 days. The cost of an e-visa for British passport holders has been reduced to US$60 (approx. £45) under the new system.