India in the spotlight at WTM London 2016

In the last 18 months the Indian government has invested more than US $300m in developing its tourism infrastructure around the country as it aims for more than 13 million visitors a year by 2020. India has seen a 10 per cent annual growth in foreign tourist arrivals this year, taking visitor numbers to a projected nine million in 2016.

The Ministry of Tourism will be looking to speak to WTM Buyers’ Club members from key source markets the USA, UK, China, Australia, France, Germany, Canada and Spain as well as the growing markets of South East Asia, the Middle East and Russia.

The key to India’s strategy is also to focus on a variety of products including heritage, cultural, rural, wellness, medical, adventure, and golf. India boasts 32 World Heritage sites including Islamic, Christian, Buddhist and Hindu religious sites, which it will continue to promote alongside its most popular destinations; The Golden Triangle (Delhi, Agra and Jaipur), Rajasthan, Goa, Kerala, Kashmir and North East.

A special focus is also being placed on coastal and beach tourism, cruise and eco-tourism. The government is developing world-class infrastructure in its pristine beaches on the west coast of the country between Mumbai and Kerala and alongside east coast from Rameshwaram to Visakhapatnam.

World-class cruise passenger terminals are being developed to make India a central hub of the global cruise industry, the de-boarding process has been speeded up to improve the customer experience, and new products are coming on stream such as Costa Cruises’ new itinerary from Mumbai to the Maldives. 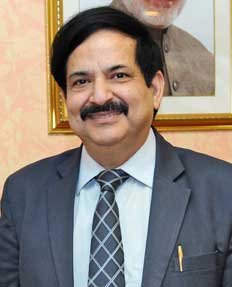 Vinod Zutshi, IAS, secretary, Ministry of Tourism, Government of India said: “India is privileged to be Premier Partner of WTM London 2016. The event is the perfect platform to promote the diverse tourism products the country has to offer, from cultural heritage to beaches, cruises, eco-tourism, medical tourism and religious tourism and to showcase that India is truly ‘Incredible’.

“There is an ever-increasing amount of new and exciting products to educate the world’s leading buyers about. WTM London is an event when the Indian tourism stakeholders get to meet the world’s buyers and sign business agreements. The Ministry of Tourism and the Indian exhibitors look forward to a very successful WTM London 2016.”

Simon Press, senior director at WTM London, said: “India has been a key exhibitor at WTM London in recent years, including its sponsorship of the WTM Buyers’ Club in 2015.

“Becoming WTM London’s Premier Partner cements that relationship further and puts India in prime position to promote the diversity of the country’s tourism offering to more than 9,000 of the world’s most important buyers through the WTM Buyers’ Club. These buyers will sign deals worth more than £2.5 billion with exhibitors.”

WTM London is a key event for the travel and tourism industry to conduct its business deals – buyers from the WTM Buyers Club have a combined purchasing responsibility of £22.6 billion (£15.8bn) and sign deals at the event worth $3.6 billion (£2.5bn).