Erica Doyne, vice president of Marketing for AMResorts, has been selected as one of the Top 25 Minds in Sales, Marketing and Revenue Optimization by the Hospitality Sales and Marketing Association International (HSMAI).

Doyne will receive her recognition at the organisation’s 62nd Annual Adrian Awards Gala on 22 January 2019 in New York City, the largest and most prestigious travel marketing competition in the world.

HSMAI’s Adrian Awards recognise hospitality marketing excellence across advertising, digital marketing and public relations, including hospitality leaders for their accomplishments and significant influence on the industry over the past 18 months.

According to HSMAI, these leaders are “high achievers who stand out through their creativity and innovation, cutting-edge campaigns and programs, triumph in challenging situations and efforts that resulted in dramatic gains”.

Doyne earned the recognition through several recent marketing successes, including: 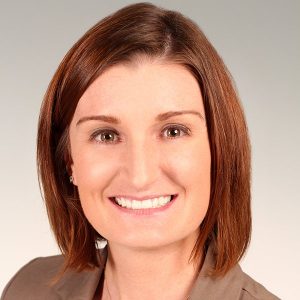 Gonzalo del Peon, president of AMResorts, said: “Erica has been an incredible marketer and leader within AMResorts for over a decade and we congratulate her on this tremendous achievement.

“We are thrilled but hardly surprised that Erica’s industry-leading work was recognised by such a prestigious organisation.”

When Doyne joined the company in 2006, the AMResorts portfolio consisted of just two brands and three total properties. Now, it boasts more than 50 resorts across a diverse set of seven brands, with additional properties in the pipeline.

Doyne has also been recognised by Travalliance Media, publishers of the leading travel trade magazines Vacation Agent and Agent@Home, on their exclusive list of Rising Stars for two consecutive years, 2012 and 2013. She remains highly regarded by her peers both within AMResorts and the larger travel industry.