LGBT+ travellers go ‘back into the closet’ on holiday

New research from Virgin Holidays reveals the disparity between the experiences of LGBT+ and straight couples on holiday – with many LGBT+ holiday-makers opting to ‘go back into the closet’ while abroad.

More than four in five (84 per cent) of straight couples are at ease showing a partner affection while travelling abroad – and three quarters admit they’re more affectionate with their partners while on holiday than they are at home. However, this is in stark contrast to LGBT+ travellers, with just five per cent showing open affection with a loved one while abroad.

The research also discovered some shocking experiences LGBT+ couples have had while on holiday including one in 10 LGBT+ travellers being threatened with physical violence, a third experiencing discrimination including judgment and ridicule (being stared at, laughed at or verbally abused), and two-thirds of LGBT+ travellers even feeling uncomfortable with everyday activities such as applying sunscreen to their partner’s back. 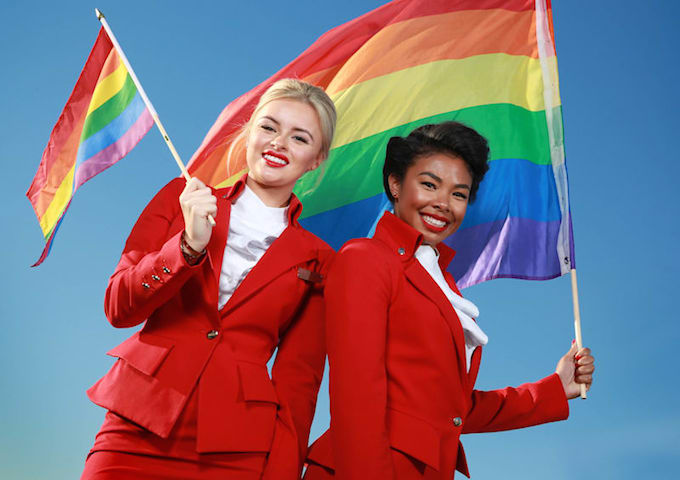 Sir Richard Branson said: “At Virgin Holidays, we believe everyone, regardless of their sexual orientation or gender identity, has the right to be whoever they are, wherever they are. That’s why it is shocking that in today’s society some of us can’t even enjoy a simple holiday without fear of discrimination.”

Some 40 per cent of LGBT+ couples said that discrimination was evident in tourists from around the world, with one in four of those saying they had been discriminated against by other British holidaymakers.

However, it’s not just other tourists that LGBT+ travellers are having issues with – a third said that they feared judgment from hotel staff, with more than half having had their relationship status questions, including being offered single hotel rooms and having their beds separated by housekeeping staff. As a result, 80 per cent of LGBT+ couples refuse to hold hands on holiday at all, and more than half don’t even feel comfortable holding hands in the safety of their hotel.

“We want everyone to take on the world and that’s why we’re working with one of the biggest issues driven publishers to continue to raise awareness of the issues faced by LGBT+ travelers on holiday, and to work with our partners abroad, to give customers the best experience possible.”

Matt Cain, editor-in-chief of Attitude, Europe’s largest gay magazine, added: “We’re glad that a popular holiday company like Virgin Holidays is continuing to raise awareness of the enduring, uncomfortable truth about how gay people are treated at home and abroad. It’s important that we keep the conversation going to tackle overt and underlying discrimination.”

In 2016, Virgin Holidays revealed a three-year plan to become one of the best companies for LGBT+ travellers with a plan that focused on empowering staff, educating customers and influencing suppliers. This year, the tour operator had focused on using its influence to advance LGBT+ equality in conservative regions such as the Caribbean.