Hilton Grand Vacations has reported its first-quarter results for 2018, with a “solid first-quarter operating performance” according to its CEO. 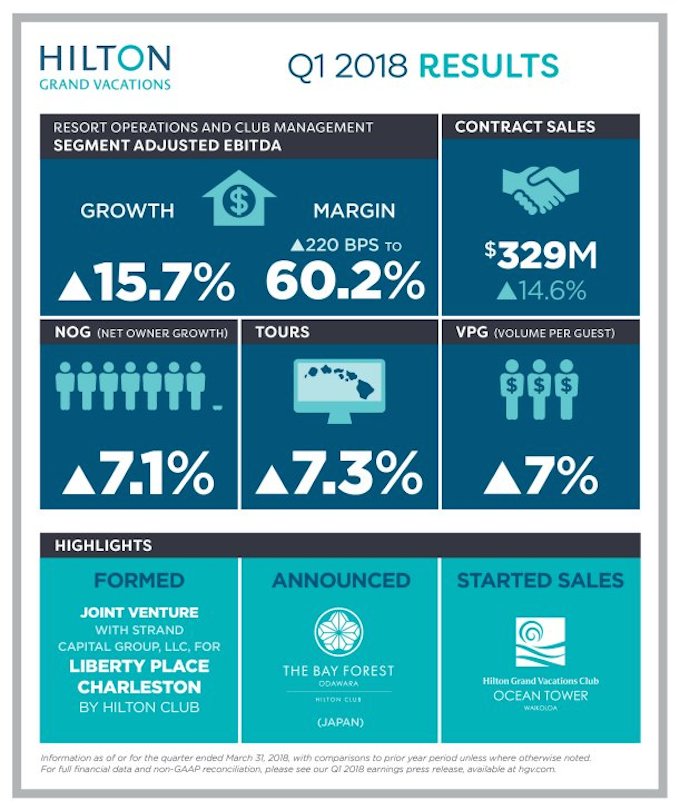 Mark Wang, president and CEO of Hilton Grand Vacations, said: “2018 is off to a strong start as we saw solid first-quarter operating performance across all of our businesses, including mid-teens growth in both contract sales and resort and club segment adjusted EBITDA.

“Given this momentum and our outlook for the balance of the year, we are raising our full-year contract sales and adjusted EBITDA guidance. We just announced our new project in Charleston and feel great about our development momentum and the record number of projects we expect to launch this year.”