“Our teams continue to deliver outstanding operating results, execute against our strategic priorities and build solid momentum as we head into the one-year anniversary of our public listing.

“Looking ahead to 2018, we will continue to identify new projects and locations that help enhance member experiences and deliver value to our owners, team members and shareholders.” 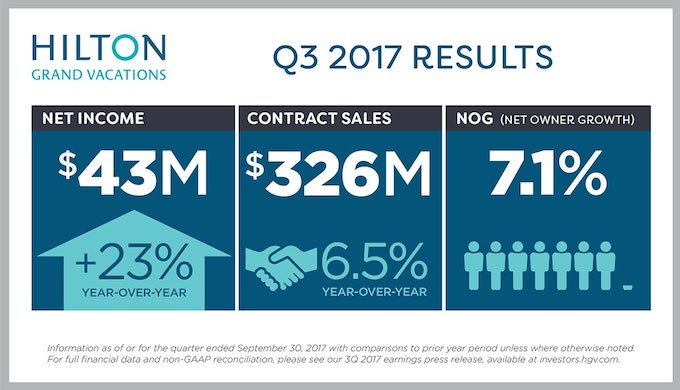 Highlights from the Q3 results: