Global timeshare giant Hilton Grand Vacations (HGV) has reported strong full-year and fourth-quarter 2018 results, with net owner growth up by seven per cent for the year.

The report’s highlights include: 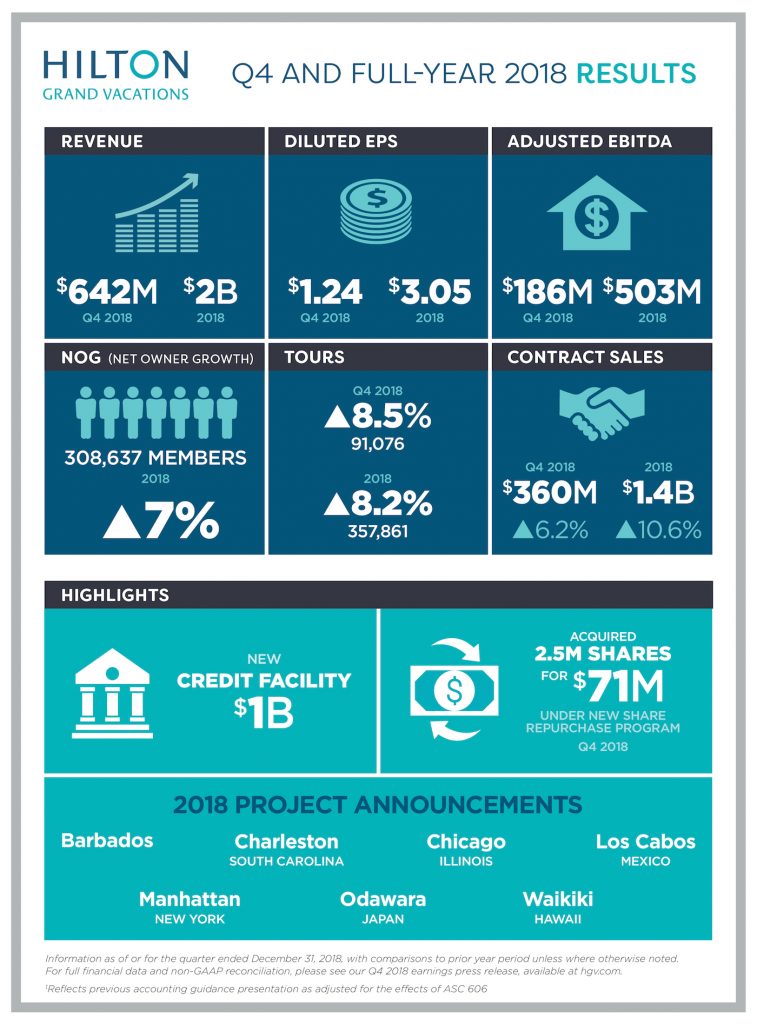 “More importantly, we successfully put in place a pipeline of high-return projects in high-demand markets to accelerate our growth in 2019 and beyond. With our recent project announcement, Maui joins Japan, Charleston, Cabo, Chicago and Barbados on the roster of exciting new destinations we’ve announced over the past 15 months.

“We believe our strong 2018 results and the long-term outlook we shared at our recent Investor Day demonstrate HGV’s ability to continue our momentum and drive long-term value for our shareholders.”

Net income and Adjusted EBITDA for the year ended Dec. 31, 2018, included a $79 million net benefit from recognitions related to sales at The Residences property that occurred prior to 2018 that were deferred until the second quarter of 2018 when construction of that project was completed.