Hilton Grand Vacations (HGV) has appointed Charles Corbin to the position of chief development officer, in addition to his current position as executive vice president and chief legal officer.

As chief development officer, Corbin will oversee HGV’s development, architecture and construction teams. He has held this role as interim since October 2017, and led the development team in establishing HGV’s first two resorts in Japan and its first resort in the highly demanded U.S. market of Charleston, South Carolina. 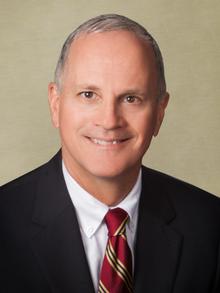 Mark Wang, president and CEO of Hilton Grand Vacations, said: “With Charles’ significant experience in complex legal transactions and public company matters, he is highly skilled to take on this critical role as we accomplish our strategic priorities, including expanding our brand presence.”

Corbin joined Hilton in 2010, most recently holding the position of senior vice president of dispute resolution and employment/benefits, before joining HGV’s executive leadership team as general counsel in 2016.

Prior to Hilton, Corbin held multiple senior leadership positions, including in-house counsel for Sunrise Senior Living, Inc. and The Mills Corporation. In addition, he had a successful career as a trial lawyer and partner in a law firm based in Washington, D.C. Corbin also cofounded a venture capital fund that invested in high-technology and commercial real estate.

Corbin holds a juris doctorate from University of Dayton School of Law and a bachelor’s degree from The Citadel.