Disney Vacation Club has shared artist concept images of the upcoming Disney Riviera Resort that is set to open at Walt Disney World Resort in Florida.

The resort will feature a rooftop restaurant boasting views of the night-time spectaculars at both Epcot and Disney’s Hollywood Studios. And as the recently-released renderings show, Disney Vacation Club Members and other guests will have a great view of fireworks spectaculars and easy access to the Disney Skyliner, which will have a station at the resort.

This 15th Disney Vacation Club property has been inspired by the European grandeur that Walt Disney experienced during his travels along Europe’s Mediterranean coastline.

In 1935, not long after Mickey Mouse was born, Walt took a break from the production of Snow White and the Seven Dwarfs. Walt and Lillian, and Roy and Edna Disney took an extended grand tour of Europe that would have an impact on Disney storytelling for decades to come. With its castles and colourful, fairy-tale villages, Walt fell in love with Europe – the art, the architecture, the food, and, of course, the stories.

All these elements are likely to feature in the new resort from the global brand – and longstanding RCI affiliate – which is set to open in Autumn 2019. 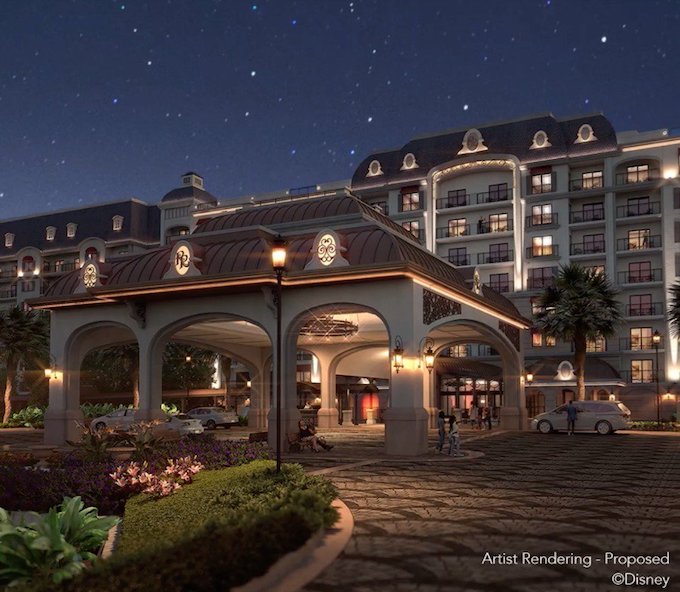