The American Resort Development Association-Resort Owners Coalition (ARDA-ROC) is backing a bill that provides consumers with many of the same protections they are afforded when they originally purchased their timeshare.

Wesley Financial Group, Reedhein & Associates, which does business as Timeshare Exit Team, and at least two other companies, operating in the timeshare exit space, have hired powerful lobbyists to fight the bill, but ARDA-ROC, which represents more than 1.5 million timeshare owners, is backing what it regards as common sense regulations.

ARDA-ROC chairman Ken McKelvey said: “These exit companies are strongly against this bill because it eliminates their ability to take upfront fees, in many cases in excess of $5,000, until the service they promise is delivered.

“Currently these firms use much of this money to market to new customers and not for services.”

The timeshare industry, with more than $9.6 billion in annual sales and over nine million owners strong, has become a target for unscrupulous individuals and companies.

Many third-party exit companies present owners with misleading information, often using scare tactics, in order to get unsuspecting owners to sign up for services that require large upfront fees. 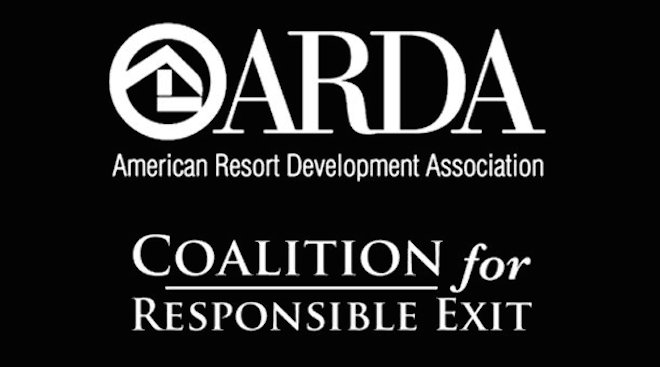 “We need to protect our owners from becoming victims. Owners are being scammed and told information that is not true by third-party entities. As a result the industry is moving to communicate better with owners who want to understand what options are available for exiting their product,” added McKelvey.

US States are cracking down on these deceptive practices.

“A top priority for our industry and owners, and for law enforcement and other agencies, is to protect consumers from dishonest individuals or companies trying to take advantage of them,” continued McKelvey. “This legislation will help accomplish that priority.”

Most recently, the Supreme Court of Tennessee disbarred attorney Judson Wheeler Phillips, founder of the Castle Law Group, on a myriad of charges relating to consumer fraud complaints.

Robert Clements, Vice President of Regulatory Affairs and General Counsel for ARDA, said: “The constant pressure that our member companies, owners and federal and state agencies are putting on disreputable timeshare exit companies has again produced a positive result for the consumer.

“Seeing significant actions against these companies sends a very clear message to others trying to take advantage of timeshare owners: You won’t get away with it.”