Caesars Palace is the venue for this year's ARDA convention

Issues caused by timeshare relief and exit companies will be discussed in a panel session at this month’s ARDA World, the national convention of the American Resort Development Association (ARDA).

Wesley Kogelman, president and CEO of online timeshare resale advertising company BuyaTimeshare.com, will be among panellists discussing the burgeoning problems created by timeshare relief and exit companies and possible solutions that the industry can embrace. 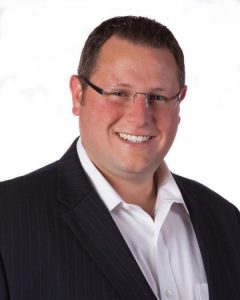 Kogelman has 18 years of experience in the timeshare secondary market, and while neither he nor his companies participate in relief programmes, he has been a witness to the tactics and programmes on offer by such companies that have caused so much damage to the industry.

“Companies in the relief or exit space have only one focus – to separate a timeshare owner from their ownership. Many times they have absolutely no regard for the impact this has on the other owners at a resort and the increased costs that are passed down to those owners as a result,” said Kogelman.

“When these companies act, sometimes legally but often illegally, the repercussions are felt throughout the industry. Relief companies often conduct business in hotel rooms resulting from postcard mailers to existing owners, attempting to get owners to pay them thousands of dollars and sign over a power of attorney so they can act on the owner’s behalf.

“The promise is that they will get them out of their timeshare ownership, but then the ownership isn’t transferred, the company disappears with the money and the owner is still left with their ownership and associated fees.

ARDA World 2018 takes place from 6-10 May at Caesars Palace in Las Vegas, with around 2,000 delegates set to gather for meetings and sessions at the largest timeshare industry convention in the world.

The Timeshare Relief panel discussion will be held Wednesday 9 May at 1:30pm and will also include Maria Kalber of Diamond Resorts and Cullen Williams from Holiday Inn Club Vacations. The panel will be moderated by long-time timeshare attorney Rob Webb of Baker & Hostetler LLP.