Hilton Grand Vacations (HGV) has announced that its Board of Directors terminated James E. Mikolaichik as executive vice president and chief financial officer, effective 10 August, for conduct and behaviour not consistent with the company’s policies.

Mikolaichik’s termination was not related to any issues involving the company’s business, strategy, operations, performance, financial reporting or internal controls.

Mark Wang, HGV’s president and CEO, said: “I’m confident in the quality and depth of talent in our finance and accounting teams and our experienced chief accounting officer Allen Klingsick.

“They will ensure operational and financial reporting continuity until a new CFO is named.”

HGV has reaffirmed its 2018 guidance and long-term growth objectives as discussed during its second quarter 2018 earnings conference call, which was held on 2 August. 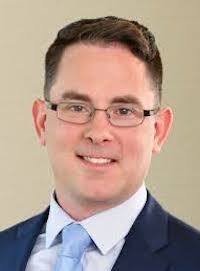 “The solid execution of our teams in the U.S. and Japan has delivered consecutive quarters of strong operating performance, including contract sales, net owner growth and strategic deployment of capital,” said Wang during the call.

“As a result, we are raising guidance based on the momentum we’re experiencing across the company and from sales of our new Ocean Tower project, which demonstrates how the investments we’re making position us well to accelerate continued growth.”

HGV remains committed to its current growth and investment strategy, which is progressing ahead of schedule. Further, it believes the capital-efficient inventory investments it is making in new and existing markets will accelerate adjusted EBITDA and adjusted free cash flow growth over the next several years.

HGV has begun a nationwide executive search for a new chief financial officer.