In addition to a half decade of recognition in North America by the Dow Jones Sustainability Index, Wyndham Worldwide has been named a socially responsible leader in Europe through the FTSE4Good Index Series for the first time.

Wyndham Worldwide has built Corporate Social Responsibility (CSR) into its business to deliver great experiences for its customers, results for its shareholders, and service to its communities.

Building on five consecutive years of recognition as a Dow Jones Sustainability Index hospitality leader in North America for its responsible business practices, the company’s 2017 inclusion in the FTSE4Good Index series cements its global leadership. The continued improvements that form the basis for these recognitions are reflected in Wyndham Worldwide’s newly released 2016-2017 Corporate Social Responsibility (CSR) Report.

Faith Taylor, Wyndham Worldwide’s senior vice president, corporate social responsibility, said: “Europe has long been a leader in environmental sustainability and other responsible business practices, so to be recognised by FTSE4Good means our initiatives are increasing the shared value of CSR beyond expectations. 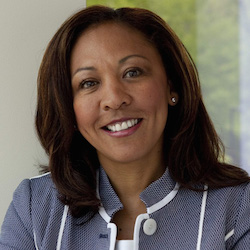 “Part of how companies achieve their CSR goals is through more effective measuring tools, and after more than five years of reporting, we’re now able to see how holding ourselves accountable translates to business success.”

The annual Wyndham Worldwide CSR report is prepared in accordance with the Global Reporting Initiative and aligned with the UN Sustainable Development Goals framework.

• Philanthropy: In 2016, Wyndham Worldwide established a global partnership with Save the Children to improve the lives of future generations around the world. The company also launched the Associate Relief Fund to help employees in hardship and expanded the Wyndham Rewards point charitable donation programme.

Reflecting Wyndham’s culture of giving and service, Wyndham Rewards members donated over 9.9 million loyalty points to charities; more than 5,800 associates participated in at least one full-day volunteer activity; and timeshare owners donated over 120,000 pounds of food to community food banks.
• Environmental Sustainability: Efficiency projects and effective measurement enabled the Company to reduce carbon emissions intensity by 33% and water intensity by 20%. Wyndham Worldwide developed real and measureable targets to help address its impact on climate change, and the Company has set a new goal of reducing carbon intensity by 40% and water intensity by 25% from 2010-2025.
• Human Rights and Ethics: Wyndham Worldwide is committed to combatting human trafficking and protecting human rights. In partnership with the Polaris Project and ECPAT-USA, Wyndham Worldwide provides owners and franchisees the tools to identify human trafficking through training and awareness campaigns. Wyndham has donated more than two million Wyndham Rewards points to victims of human trafficking to provide them safe places to stay.

In addition, Wyndham Worldwide has established a global network of Compliance Champions to provide guidance for associates on acceptable standards of business conduct, in addition to providing leadership development programs to embed compliant and ethical decision making into everyday business. As a result, the Company has been named one of the World’s Most Ethical Companies by Ethisphere.
• Diversity & Inclusion: Diversity is at the heart of what Wyndham Worldwide does: travel enables people of varied nationalities and backgrounds to meet and experience different cultures, raising our collective understanding and appreciation for each other around the world. Wyndham Worldwide is a recognized leader in diversity and was named among the DiversityInc Top 25 Companies for Diversity in 2016, marking the fifth year in a row of the company’s inclusion the Top 50. Continuing our commitment to diversity in our supply chain, we achieved a 13% diversity spend rate last year.

Wyndham Worldwide has also been recognised by the Human Rights Campaign as one of the “Best Places to Work for Lesbian, Gay, Bisexual and Transgender (LGBT) Equality,” as a Top 50 Company for Latinas by LATINA Style, and by the Hispanic Association on Corporate Responsibility.
• Associate Wellness: Wyndham Worldwide’s signature Be Well programme – recognised by the American Heart Association as a quality employee health program and by the U.S. Surgeon General for reducing health care disparities – supports the Company’s associates and their families’ physical, emotional and financial well-being.

Wyndham Worldwide is committed to helping associates and their families achieve their health and wellness goals, and in 2017, 42% of Wyndham associates earned wellness credits by completing health assessments which in turn lowered their medical costs.

As an integrated hospitality company, Wyndham Worldwide is consistently named among the industry’s best places to work, earning continued recognition as a global leader in all five of the company’s CSR focus areas. The company regularly evaluates the efficacy of its programmes while deepening its connections to the communities in which it operates.