Tourism and sustainable development were among the key topics discussed at a meeting of the World Tourism Organization’s (UNWTO) General Assembly, which was held in Chengdu, China recently.

The approval of the Chengdu Declaration on Tourism and the Sustainable Development Goals, the adoption of the Framework Convention on Tourism Ethics and the appointment by consensus of Zurab Pololikashvili as Secretary-General for 2018-2021 were some of the achievements of the 22nd session of the General Assembly.

The biennial event involved an intense week of meetings, decisions and agreements and was attended by more than 1,300 participants from Member States and Affiliate Members of UNWTO representing over 130 countries.

Taleb Rifai, UNWTO Secretary-General, said: “Chengdu will always remain in UNWTO history as host of the Assembly that approved the Organization’s first international convention – the Framework Convention on Tourism Ethics.” 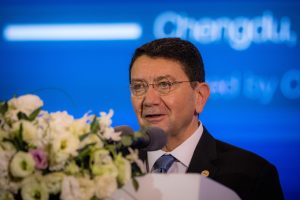 The Convention of Tourism Ethics converts the Global Code of Ethics into a binding document to advance the ethical components of tourism. The document covers the responsibilities of all stakeholders in the development of sustainable tourism, providing a framework that recommends an ethical and sustainable modus operandi including the right to tourism, freedom of movement for tourists and the rights of employees and professionals.

Pascal Lamy, chairman of the World Committee on Tourism Ethics (WCTE), said: “In an interconnected world where the business volume of tourism equals or even surpasses that of oil exports, ‎food products or automobiles, it is important to set out a legal framework to ensure that growth is dealt with responsibly and that it can be sustained over time. Tourism is a power that must be harnessed for the benefit of all.”

Rifai added: “This is an historic moment for UNWTO. The approval of the Convention is a strong legacy of the International Year of Sustainable Tourism for Development that we celebrate this year. It is also a strong sign that countries are committed to make tourism a force for a better future for all. It reinforces UNWTO’s institutional outreach in the UN system.”

Another milestone was the approval of the Chengdu Declaration on Tourism and the Sustainable Development Goals. The document underlines the potential of the tourism sector in economic, social and environmental terms, and includes 21 articles that, among others, recommend to governments “to develop an integrated and holistic approach to tourism policy in order to leverage the sector’s positive impact on planet and prosperity (Article 1).”

In addition, it proposes “to undertake national assessments on tourism’s contribution and commitment to the SDGs and ensure the inclusion of tourism in interministerial SDG commissions and/or working groups, as well as to enhance the contribution of tourism in SDGs national strategies through the set-up of institutional frameworks and mechanisms that allow participation of all stakeholders”.

Unity and cohesion were expressed throughout the General Assembly, and one of the largest displays of these sentiments was in a special meeting organized to discuss how to support destinations affected by Hurricane Irma and the earthquake on the southern coast of Mexico.

The group of countries attending the special meeting also agreed to propose that the General Assembly adopt a special resolution expressing solidarity and support to the affected destinations and calling for the support of the international community. 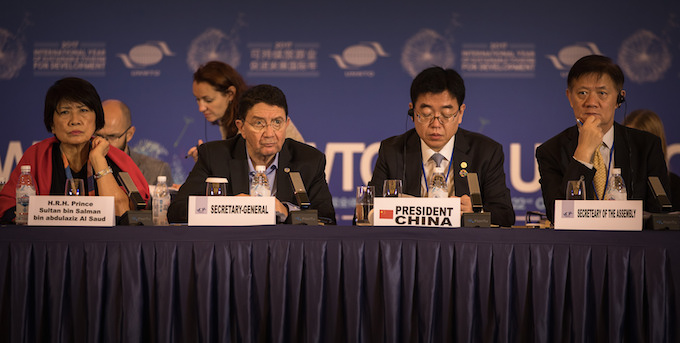