Global tourism grew by 3.3% in 2016 despite ongoing terror threats around the world, but destinations must continue to focus on security to ensure that their markets remain resilient.

That was the message from the World Travel & Tourism Council (WTTC), which said the impact of terrorism on tourism was becoming clearer, as demonstrated by its Economic Impact Report 2017.

At the macro level, terrorism has had little impact on global business and leisure travel in 2016. For the sixth year in succession the sector’s growth outpaced that of the global economy, contributing US$7.6 trillion to global GDP and supporting one in 10 jobs worldwide.

The new data shows that in countries where attacks have happened, visitor exports –money spent by foreign visitors in a country – has suffered. The impacts of the initial attacks are compounded by inaccurate or extended travel advisories, and consumer reaction to seek perceived ‘safer’ places for their vacations.

In North Africa, tourism visitor exports declined again in 2016 (-16%). Egypt in particular is suffering from the impact of terrorism activity, followed by continued travel advisories. Inbound visitor spending continued to contract in the country, and the country’s Travel & Tourism GDP is now 50% below the 2008 peak level.

The research shows that overall Travel & Tourism remains resilient, as consumers continue to travel but they are switching to destinations that are perceived to be ‘safer’. Within Europe, Bulgaria and Cyprus grew noticeably in 2016 (12.4% and 17.1% respectively), with Portugal and Spain showing robust growth (4.6% and 5.2%). Emerging destinations Slovakia, Poland and Hungary also showed strong performance (13.2%, 8.6% and 6.8% respectively). 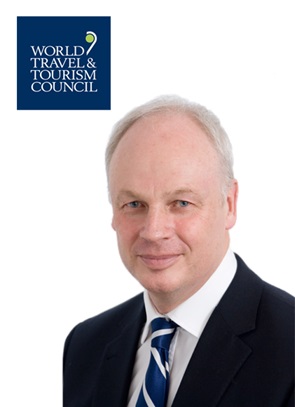 David Scowsill, the WTTC’s president and CEO, said: “Travel & Tourism is a resilient sector. People will not stop travelling, despite the security threats in the world. Nevertheless, destinations must focus on security, as we operate in a new ‘normal’ where the constant threat of terrorism exists.”

Scowsill said the WTTC was calling on governments to work on four issues when preparing for crises:

“Governments must plan for handling crises. Travellers make decisions based on their perception of safety in a country,” Scowsill added.

“The reality is that the statistical likelihood of being caught in a terror attack while travelling is negligible. Travel is about exploring new cultures and doing business globally. Tourism is a force for good in the world.”