During a presentation at FITUR 2017 in Madrid, Gabriel Escarrer, the Spanish group’s vice chairman and CEO, said Meliá had added 20 to 30 new hotel agreements annually over the last few years – an average of around one every two to three weeks – resulting in an increasing number of hotel openings. In 2016, the company opened 19 new hotels in 10 different countries.

In 2017, the company plans to open at least 23 new hotels in different cities and destinations around the world:

Europe (5 hotels)
The company is aiming to strengthen its presence in major cities and popular urban travel destinations with hotels focused on ‘bleisure’ travel (business + leisure).

Latin America and Caribbean (6 hotels)
Growth in both Latin American and English-speaking Caribbean resorts will be seen in 2017, especially in Mexico, while also focusing on openings in ‘bleisure’ destinations in Brazil and other countries. Openings in 2017 include: 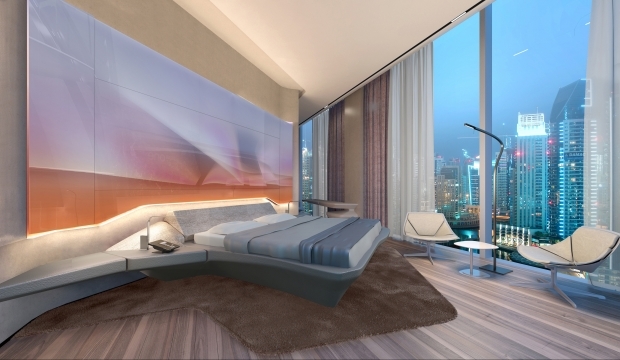 Middle East
In this region, Meliá is positioning itself in the bleisure segment with its Meliá Hotels and Innside by Meliá brands and the luxury Gran Meliá and ME by Meliá brands.

Africa (3 hotels)
The company is focusing on leading safe destinations in the resort segment, such as northern Morocco, Cape Verde and Tanzania, which will all see openings in 2017:

Asia Pacific (6 hotels)
With continued strong organic growth and consolidation of brands such as Gran Meliá, Meliá or Sol Hotels as priorities:

Escarrer also used the annual international tourism event to announce the signing of two new Innside by Meliá hotels to open in 2019 in Paris and Amsterdam.

The Innside Paris-Charles de Gaulle will be a four-star hotel with 267 rooms in terminal 3 at the main Paris airport, offering fitness, conference and meeting facilities, and enhancing the hotel supply in the business district of Roissypole.

The project is the result of an agreement between the ADP Group, manager of the three Paris airports and commercial and real estate divisions and real estate giant Vinci Immobilier, responsible for hotel construction. Melia already works with this company at the Meliá Paris La Defense hotel.

Meliá will operate the hotel under its successful Innside by Meliá brand, designed for contemporary urban travellers, which has become the fastest growing brand for the company worldwide thanks to its excellence and functionality.

The Innside Amsterdam will be the company’s first hotel in the Netherlands, offering 328 rooms with magnificent views and ideal location in the largest financial district in the country and 10 minutes from the historic centre with access to the city, airport and central train station.