International tourism expected to grow by four per cent by 2020

Travel and tourism demand is proving resilient to world events and economic uncertainty, and is expected to grow by four per cent by 2020, according to the latest research from Euromonitor International.

According to the data, the world has seen an average additional 39 million trips a year – the equivalent to the population of Poland going abroad every year. More revealing is that while Western Europe continues to be the most popular regional destination, it has fallen 10 per cent in terms of volume share, while Asia Pacific has increased by the same rate.

In addition, adverse external shockwaves have impacted the traditional sun and sea destinations in locations such as the Mediterranean, with ‘safer’ destinations gaining more traction. 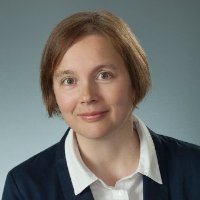 Caroline Bremner, head of Travel Research at Euromonitor International, said: “The substitution effect, where tour operators shift capacity away from troubled hotspots to more stable countries, is visible”. International arrivals declined in Egypt and Tunisia, as the travel industry and consumers shunned troubled spots in favour of safer options such as Spain, Portugal and Croatia.

Global uncertainty also hit the UK, with the Brexit vote expected to affect domestic tourism in the short to mid-term. Bremner said destination branding and consumer desire to travel would be hit hard by the uncertainty caused by Brexit, and Euromonitor International predicts 2.3 million less visitors during the 2015-2020 period.

The EU source markets, such as Ireland, Germany and Spain, along with the US, would experience the sharpest forecast change in volume. However, a pound slump after Brexit would help entice visitors to the UK.

Some of the highlights of the travel data: