The campaign ‘I Travel For…’ uses short films and storytelling to shine the spotlight on unexpected experiences and less-explored destinations in Britain, alongside its globally renowned and iconic landmarks and attractions.

The campaign aligns the passions that motivate people to travel with experiences that can only be had in Britain, inspiring overseas visitors to book a trip right now.

The digital campaign kicks off internationally with a launch film on Facebook and Instagram, followed by a series of films and images promoting destinations across Britain. The digital campaign is launching across social media channels from February to April in Britain’s largest and most valuable inbound visitor markets including Australia, France, Germany and the US and its high-spending markets including China, the GCC and India.

Sally Balcombe, VisitBritain’s chief executive said: “Tourism is one of the UK’s most valuable export industries, driving economic growth and creating jobs right across Britain. It is also a fiercely competitive global industry and we are seizing the opportunity to build on the strong growth we have seen, showcasing that Britain is bursting with fun activities, adventure and wonderfully unexpected experiences to come and discover all year round. 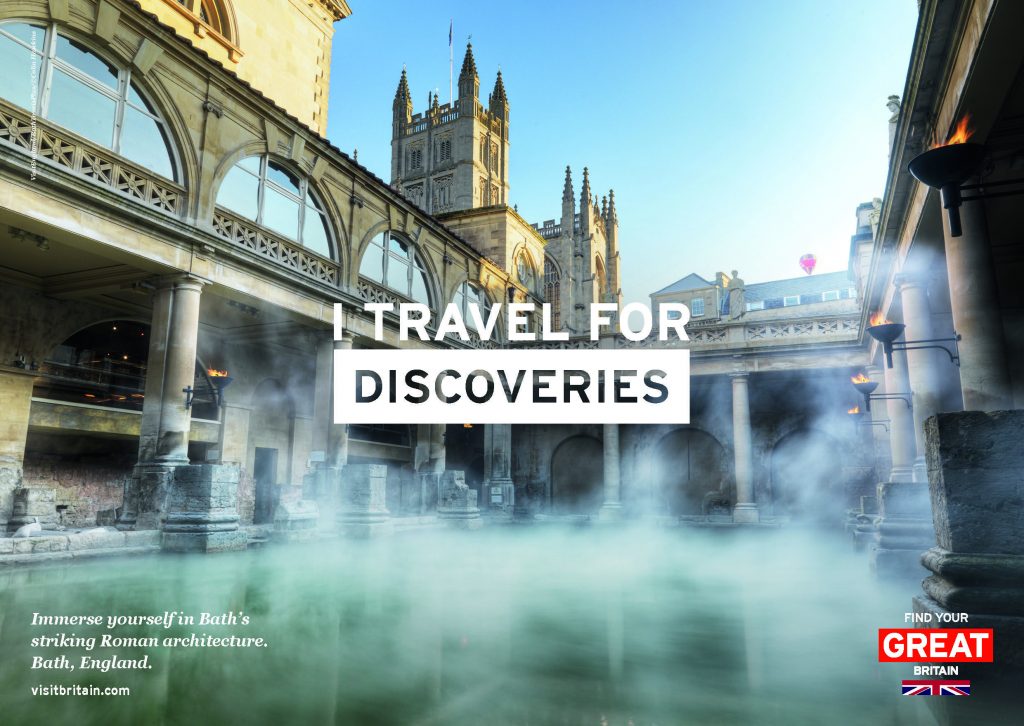 “By shining a spotlight and telling the stories of Britain’s exciting and contemporary culture, innovations in food and drink, the beauty of our countryside and vibrancy of our cities, we want to inspire even more international visitors to book a trip right now.”

The campaign has been developed based on VisitBritain’s global research into people’s motivations, passions and inspiration for travel including adventure, fun, relaxation, discovery, culture, food and drink and the unexpected. The campaign uses these motivators to create tailored content for target audiences, which is then shared on Facebook and Instagram globally.

As part of the global campaign, VisitBritain is also working with commercial partners, including BA and Expedia, across its key inbound visitor markets to convert the inspiration to visit Britain into bookings.

VisitBritain’s I Travel For… campaign is part of the UK Government’s GREAT Britain campaign, which promotes the UK internationally as a place to visit, study, invest and do business.

You can watch the I Travel For… launch film below.