The Malta Tourism Authority has added a new themed trail to showcase the culture and history of the island’s capital of Valletta.

Widely regarded as one of the world’s most concentrated historic areas, the city features an abundance of elegant 16th century architecture, museums, restored fortresses and an opera house.

Named European Capital of Culture 2018, the city’s increased profile is also encouraging more visitors to explore the ancient streets of this UNESCO World Heritage Site and discover why Valletta is one of the hottest European city break destinations this year. 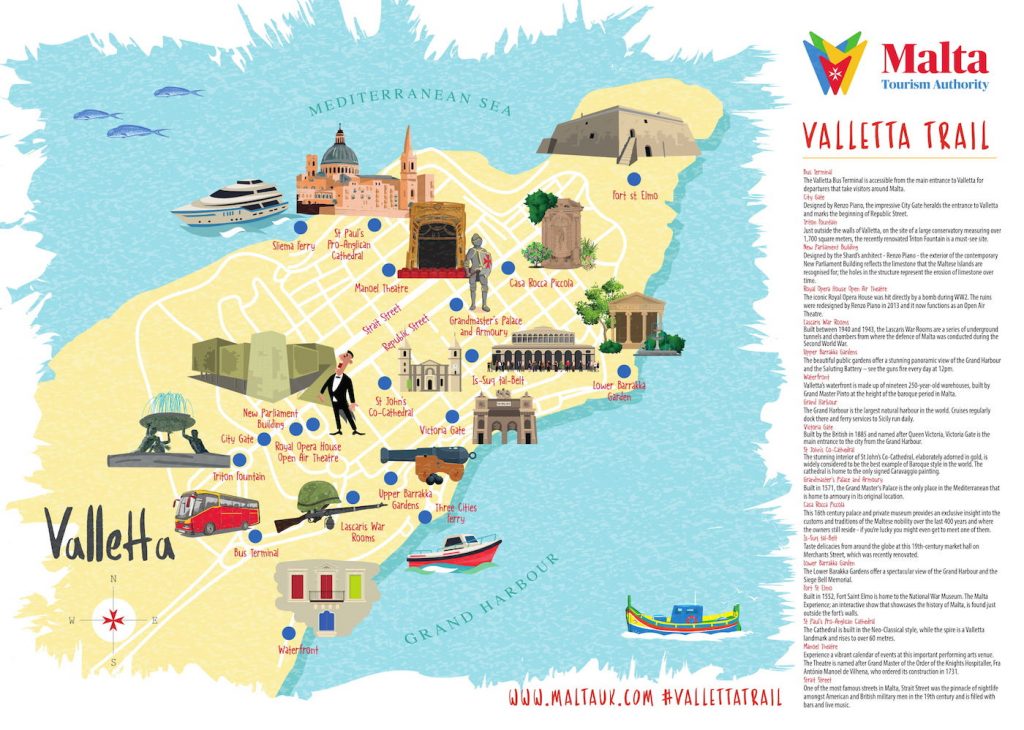 For more information or to download the map visit www.maltauk.com/valletta-trail