The UK tourism industry’s bid for a potential sector deal under the UK Government’s Industrial Strategy is a step closer following sign-off on its key asks from The Tourism Industry Council (TIC).

Agreement from the TIC, a group set up to collaborate between government and the tourism industry, clears the way for the tourism sector bid, led by Steve Ridgway CBE on behalf of the industry, to be taken forward for negotiation with government ministers.

Ridgway, chairman of British Tourist Authority (BTA) and former chief executive of Virgin Atlantic Airways, said: “Tourism is worth £127 billion annually to the UK economy, is one of our most valuable export industries and a job creator right across Britain and is already showing strong growth. 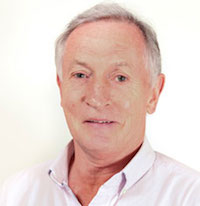 “We believe there is the potential to more than double the value of this industry to £268 billion within a decade, increase employment to 3.8 million and boost productivity.”

While Britain is seeing strong growth, with a record 23.1 million inbound visits from January to July this year, up eight per cent on 2016, tourism is a fiercely competitive global industry. Britain is outspent by key competitors and losing global market share. With a tourism sector deal this gap could be closed.

Ridgway said that the sector deal bid was the result of the industry working together over many months to seize the opportunity to put tourism at the top of the UK Government’s agenda.

Employing more than three million people across the UK and made-up of 200,000 businesses, the tourism sector deal aligns the industry on four priorities. It follows consultation with SMEs, roundtables across the nations and regions, working groups and personal meetings, with more than 450 businesses and organisations feeding into the process.

Following extensive consultation across the industry these priorities are:

The tourism sector deal bid, which is being facilitated by the BTA, is due to be submitted to government ministers in the coming weeks.