The Goring hotel in London

UK lags behind in luxury tourism according to BHA

London’s luxury hoteliers need to start being proactive in order to keep up with France and other European countries in capturing the high-end Chinese market, according to the British Hospitality Association (BHA).

The organisation’s Think Tank report has found that the UK lags behind European countries when it comes to attracting high-spending Chinese tourists to London’s luxury hotels.

The report found that while France welcomes over one million visitors from China per year, the UK only receives 328,000 Chinese visitor applications. Chinese travellers are already among some of the highest spenders in the UK, splashing out on average £2,688 a head and preferring to use credit cards.

The news comes as figures from VisitBritain show that July 2016 was the highest month ever for overall inbound tourism to the UK, with 3.8 million visits, up two per cent on July last year. Overseas visitors to the UK spent £2.5 billion in July 2016, a four per cent increase on the same month in 2015.

After a successful BHA campaign, the UK Government introduced a new two-year visa in 2015, to improve the UK’s ability to compete with Europe. Visitors from China can take out a Schengen visa, allowing them to visit 26 European countries but need a separate visa to cross the channel. 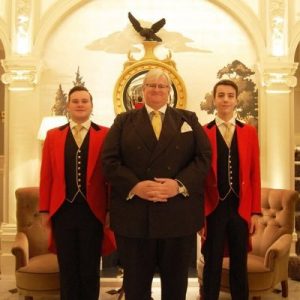 BHA member David Morgan-Hewitt, managing director of The Goring hotel in London, said: “London is the greatest city in the world but it’s lagging behind its European neighbours in terms of attracting Chinese tourists and it’s time to take action.

“Hoteliers want to capitalise on what is likely to be a much more mature market in five or ten years’ time, but we need to be proactive today.”

“These findings show that the majority of tourists from America and China prefer using a credit card to pay which highlights the importance of UK hotels and merchants in accepting a range of credit cards,” said Kellie Glueck, director of product and international marketing at Discover.

The consensus from all those who took part was that Chinese travellers will be increasingly interested in staying in five-star hotels, but not until the market matures, in five years at the earliest.

The BHA has previously warned against relying on currency fluctuations alone to bolster the home tourism economy, which is worth £127 billion.