Survey shows holidays are good for your health

A new survey has revealed that holidays really are good for your health – with more than a quarter of British holidaymakers saying they exercise more on holiday than when they are at home back in the UK.

In the busiest holiday booking period of the year and a month in which many Brits struggle to get back to fitness following an overindulgent festive period, the research by leading beach holiday specialist On the Beach reveals holidays are good for your health, with 27 per cent of people saying they exercise more on holiday than at home.

The survey of 1,000 British holidaymakers also revealed almost one-in-three Brits (29%) admits to not partaking in any regular exercise when they’re at home in the UK.

The research also revealed just one in 10 sun-seeking Brits don’t partake in any exercise at all during their beach holiday in the sun.

According to research by the Fitness Industry Association, 12% of all gym members in the UK sign up in January, however in this survey, almost one-third (31%) admit to giving up on visiting the gym shortly after joining. 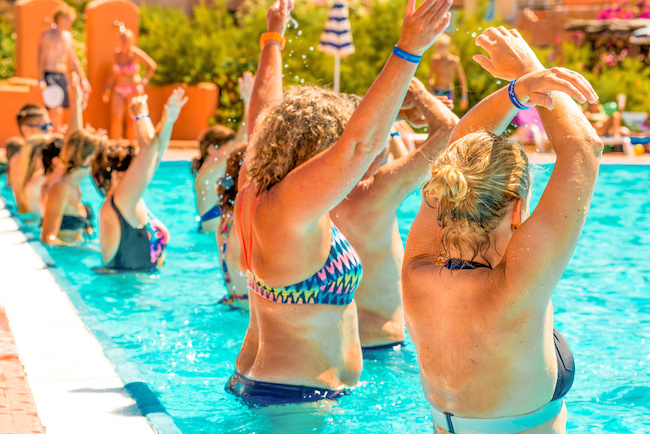 Looking good in the sun is important to many British holidaymakers with almost one in five (19%) saying they start working on their beach bodies around two to three months before jetting off to their beach holiday destination.

The survey also revealed that many people are determined to look their best while on holiday with almost one in 10 (9%) beachgoers getting to work on their beach body between four and six months before heading to the sun.

Alistair Daly, On the Beach’s chief marketing officer, said: “Our survey suggests that booking a holiday early in the year is good for your health as many people try and get fit months before departure.”

“Not only does a beach holiday mean you could get back home with a nice healthy glowing tan but our survey shows that many of us will come back from our holidays feeling much fitter. After a couple of weeks lounging on a beach, catching up on their well-earned sleep, Brits will no doubt return home healthier and more relaxed.”