Newly-published data from Spanish property portal Kyero.com, has revealed that Spain is giving the UK a run for its money when it comes to property price growth.

Annual asking price growth reached 27.2% on Ibiza in the year to January 2017, with five other Spanish provinces comfortably outpacing price growth in the UK over the past year – which stood at 4.5% year-on year, as at December 2016, according to Nationwide.

Richard Speigal, Head of Research at Kyero.com, said: “The past year has seen 6.9% price growth across Spain as a whole, with a median asking price of €245,000. The market is returning to strength and we’ve seen a number of provinces rivalling the UK when it comes to price growth.

“That’s great news for those investing in property in Spain, as well as second home owners and retirees who are looking for a good opportunity for capital gain.”

The rising costs of outright ownership once again put the spotlight on the benefits – and cost-effectiveness – of shared vacation ownership as an alternative for those considering buying a holiday home, particularly if they do not intend to use it for more than a few weeks a year.

The five provinces enjoying higher annual price growth than the UK over the past year are Tenerife, Mallorca, Cadiz, Gran Canaria and Ibiza, with growth ranging from 8.0% in Tenerife to 27.2% in Ibiza.
That four of the top five destinations are island-based, while Cadiz enjoys a stunning coastal position on the mainland, shows that it’s not just financial benefits that buyers can enjoy.

With annual price growth of 8.7%, Mallorca is the second most expensive of the five provinces with an average property price of €491,000.

The only non-island province to enjoy UK-beating growth is Cadiz in south-western Spain, where prices have shot up by 8.9% during the last year, taking the average price up to €269,000. 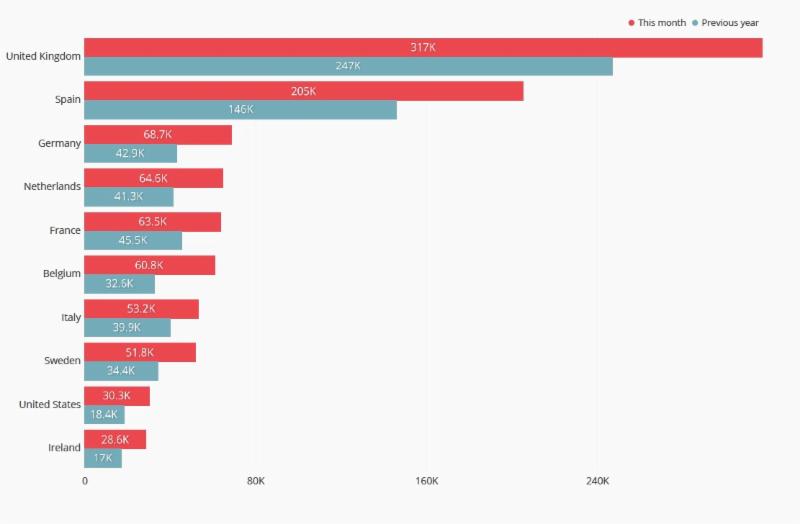 Speigal added: “The competition’s really hotting up now, with the impact of Article 50 on the UK’s property market to be felt over the coming year, we expect to see more and more Spanish provinces outpacing the UK’s property price rises.”