The eighth edition of the Pequeño Valiente (Brave Little Ones) tournament, held at Anfi Tauro Golf in Gran Canaria, raised more than €14,300 to help families of children suffering from cancer.

The tournament has become a tradition in Gran Canaria, and gave participants the chance to enjoy their sport while striking a note of solidarity with cancer sufferers and their families.

Anfi Ambassador Silva, whose cousin Cinthia passed away after a battle with cancer several years ago, said: “It is always a pleasure to help those that need it most.”

During the emotional day, 20 children who have overcome the disease after months of treatment, celebrated by taking their first swim in the Anfi Emerald Club pools, accompanied by world champion windsurfers Daida and Iballa Ruano. 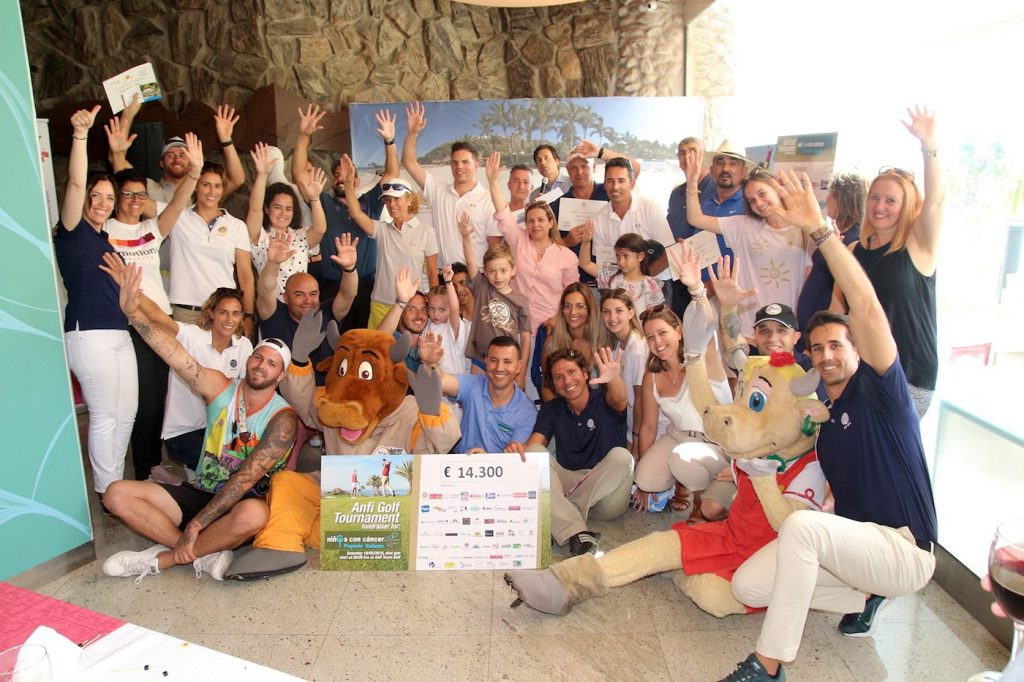 The twin sisters also hosted a charity auction during cocktail time at La Cascada restaurant and where the highlights were one of Messi’s football shirts – which was auctioned for €550 – as well as various items donated by Real Madrid star Gareth Bale, Joaquín of Real Betis, and David Silva, a member of Manchester City’s treble-winning team and scorer of the pening goal in this year’s FA Cup final at Wembley.

José Luis Trujillo, general manager of the Anfi Group, said: All round it has been a great day. Full of emotion, a great show of solidarity, supporting local companies have been highlighted and all involved have given the best of themselves to support those that most need it.

Reyes López and José Jerez, representatives of the Pequeño Valiente charity, said: “We give our utmost appreciation for the generosity from all of the collaborating companies, especially Anfi, the company that for almost a decade have given all their support to Pequeño Valiente.”