Budget airline Ryanair has announced its updated Environmental Policy for Full Year 2020, detailing extensive progress since it first launched in 2017, and reaffirming its ongoing commitment to ambitious future environmental targets.

The carrier’s 2020 Environmental Policy includes achievements to date across all aspects of its business, as well as updated targets and calls to action for the broader industry and EU member states.

Carbon Efficiency: Ryanair has updated its carbon efficiency target, aiming to cut CO2 emissions by 10% from 66g per passenger/km to 60g by 2030. Ryanair has also become the first airline to report monthly CO2 emissions, reporting figures that are consistently lower than its competitors.

Environmental Taxes: More than €630m will be paid by Ryanair in environmental taxes in FY20 – taxes that deliver no environmental benefits and favour high-fare inefficient airlines over low-fare efficient ones – while disproportionately impacting travel affordably and regional economies. Ryanair now calls on member states to reform the European skies and tackle Air Traffic Control (ATC) monopolies – which would reduce CO2 emissions by 10%.

Operational Improvements: Ryanair will invest $20bn in a fleet of 210 new Boeing 737 aircraft, which will carry 4% more passengers but reduce fuel burn by 16% and cut noise emissions by 40%. Additionally, Ryanair has reiterated its commitment to eliminating non-recyclable plastics from its operations within five years – 82% of all onboard consumables have already cut out plastic.

Environmental Partners: Since Ryanair began its voluntary carbon offset scheme,€€2.5m has been raised to date through customer donations. More than 2% of our passengers have donated to date, supporting various projects for our environmental partners: First Climate (Uganda), Renature Monchique, Native Woodland Trust, and Irish Whale and Dolphin group.

New Advertising Campaign – Lowest Fares, Lowest Emissions: The airline has launched its first ever environmental-focused advertising campaign, in order to build awareness with its customer base, and highlight the benefits of flying with Europe’s greenest/cleanest airline.

Kenny Jacobs, Ryanair’s chief marketing officer, said: “As Europe’s greenest/cleanest airline, we are proud of what we have achieved to date – and are pleased to launch our newly updated, improved, and expanded Environmental Policy detailing our improvements and future targets. 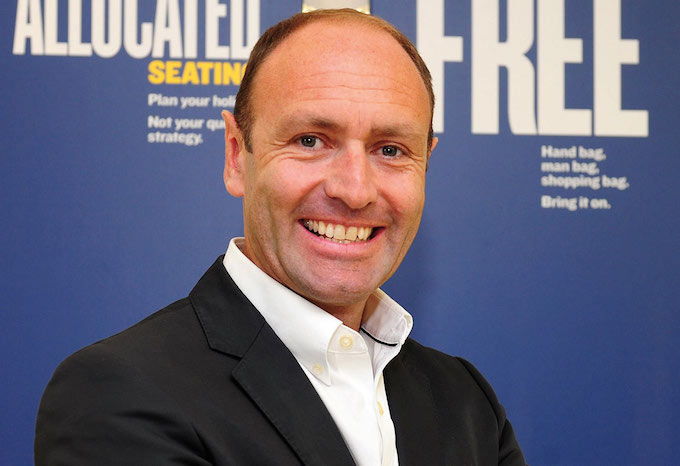 “This comprehensive document details our accomplishments to date – including becoming the first airline to announce monthly CO2 emissions; significant operational improvements to reduce emissions and non-recyclable waste; an integrated communications campaign to raise awareness among our customer base; and reaching €2.5m in donations on our hugely successful carbon offsetting scheme, with funds raised going to worthwhile climate projects.

“Operating the youngest fleet in Europe, high load factors and efficient fuel burn, has enabled us to continuously lower our CO2 emissions to become the greenest airline in Europe.

“With this new Environmental Policy, we have set ourselves even more ambitious targets on lowering emissions, as well as committing a $20bn investment in new fuel efficient aircraft – highlighting our commitment to maintaining and strengthening Ryanair’s position as leaders in addressing environmental issues and a changing climate.”

WTTC and Aruba team up to pilot biometric travel

The World Travel & Tourism Council (WTTC) and the Governme...

Atout France and easyJet have signed a new three-year partners...