The new move will see the unnamed company delivering nearly one million customers to The Resort Group PLC’s three resorts on Sal Island in Cape Verde over the next three years.

As part of the multi-million pound deal, the travel brand will take the large majority of rooms at Meliá Tortuga Beach Resort, Meliá Duñas Beach Resort & Spa and Meliá Llan Beach Hotel between November 2016 and 2019. As a result of the contract, it is expected that approximately 325,000 guests will visit the resorts each year.

Working closely alongside both Meliá and the travel company, The Resort Group’s third Sal Island Resort, Llana Beach Hotel, will ensure an increase in high quality accommodation to meet the island’s growing level of tourism demand. 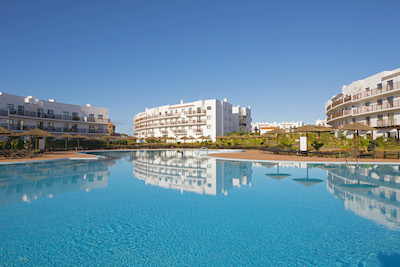 Figures from the National Statistics Institute (INE) show that, in 2015, Cape Verde had more than 569,000 hotel guests – an annual growth of 5.5%. The rise is partly thanks to The Resort Group PLC’s first two developments, with Meliá Tortuga Beach Resort and Meliá Duñas Beach Resort & Spa collectively attracting over a million tourists and multiple industry awards since 2011.

Jose Luis Cuevas, Meliá operations manager for Cabo Verde, said: “Many tourists are now looking further afield for inspiration and we expect an increasing number of people to opt for Cape Verde as their next holiday destination.

“While the archipelago is still relatively undiscovered, the beautiful beaches, and vibrant and traditional culture are quickly making a name for themselves. The fact that three established companies have come together to form an operator agreement further demonstrates the excellent potential for travel and tourism on the islands.”

The agreement means that approximately one million guests are expected by the end of 2019, which is positive news for The Resort Group PLC’s property buyers. Customers who have purchased a property located on one of the Resorts in Sal can be assured it will be occupied regularly throughout the year and can expect ongoing rental income as a result.

Rob Jarrett, CEO of The Resort Group PLC, said: “This contract is a significant achievement for The Resort Group as we continue to expand our Cape Verde operations. Working with a respected and renowned brand further enhances our reputation as a leading developer of Hotels and Resorts that deliver first class holidays for tourists and a rental return for property owners. Cape Verde has already captured the hearts of millions of people, and our latest agreement is confirmation that it will continue to do so in the years to come.”