The Pestana Group’s Pousada do Porto, Hotel Palacio do Freixo

Portugal has committed to partnering with the International Year of Sustainable Tourism for Development 2017.

Among the initiatives to celebrate the year, Portugal is promoting the rehabilitation of historical buildings in the interior of the country and routes through natural areas.

The commitment was presented to UNWTO Secretary-General Taleb Rifai during a recent official visit to Portugal, during which Portuguese authorities discussed the role of tourism in advancing Sustainable Development Goals (SDGs) as well as the contribution of tourism to job creation and economic growth in Portugal. 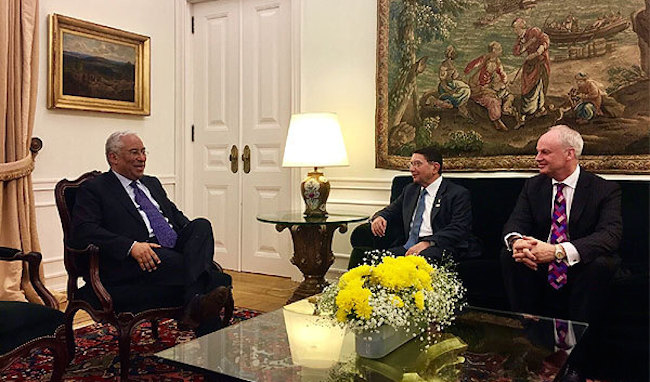 Meeting with Prime Minister Antonio Costa, Rifai addressed the mechanisms of coordination among Ministries to advance tourism development in Portugal as well as issues of air transport and the relevance of new source markets such as China.

Rifai also met President Marcelo Rebelo de Sousa to discuss the importance of raising public visibility of the socio-economic impact of tourism, and Minister of Foreign Affairs Santos Silva, where tourism, SDGs and visa facilitation were on the agenda.

Meeting with the Minister of Economy, Caldeira Cabral, and the Secretary of State for Tourism, Ana Mendes Godinho, Rifai discussed Portugal’s ‘Revive’ programme designed to promote the rehabilitation of historic buildings through private sector investment, as well as the policies in place to promote the regional spread of tourism and fight seasonality.