With passenger numbers set to double by 2036 and the recent UK Budget announcement that e-passport gates will be extended to travellers from the US, Canada, Australia, New Zealand and Japan, airports are looking for ways to make the process of travelling through airport security as simple and seamless as possible.

The guide is available on the APH website at www.aph.com/biometric and highlights the biometric technology in place at 18 UK airports including Edinburgh, London Gatwick, Manchester and Heathrow, as well as comparing the number of e-passport gates and automated or biometric self-boarding gates available.

Of the 18 UK airports included in the research, 13 were found to have e-passport gates in place which use facial recognition technology to capture the passenger’s facial image and verify the user’s identity against data stored in the chip in their biometric passport.

However, travellers should be aware that most e-Passport gates impose an age restriction of 18 and over, but children aged 12 and over, who are travelling with an adult, are now able to use e-Passport gates at certain airports such as Birmingham, Bristol and London Stansted. 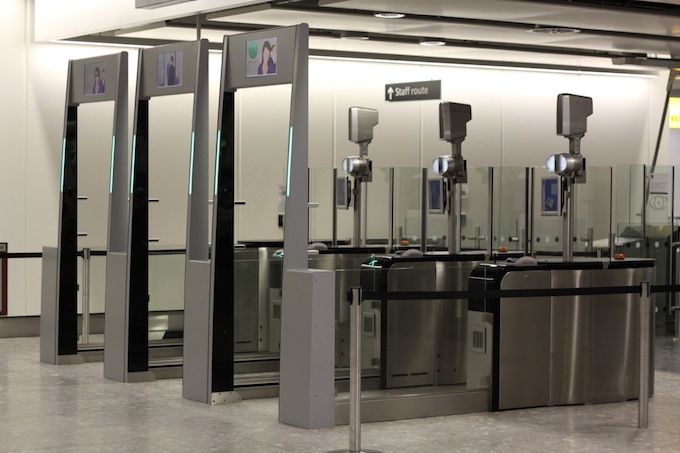 For those travellers flying to the USA via Dublin Airport, US citizens and ESTA passengers can now undertake all US immigration and customs inspections at the US preclearance facility in Terminal 2.

This is completed via one of the 18 self-service kiosks during which biometric matching software compares the passenger’s facial image with the passport photo as well as a fingerprint match for ESTA passengers.

With regard to biometric ID management, two of the 18 airports were found to currently offer self-boarding gates to passengers including London Gatwick Airport and London Heathrow Airport. The new software allows passengers to board their flight through a digital facial and iris scan at security, which is then matched with the passenger’s biometric data at the gate when the boarding pass is scanned.

Both biometric systems are currently being trialled in partnership with specific airlines, with London Gatwick Airport providing the software for passengers who flew on select international flights with easyJet from the North Terminal during the summer and passengers flying with British Airways on domestic flights from Terminal 5 at London Heathrow Airport until December 2018.

Heathrow Airport has also just announced plans for an end-to-end facial recognition biometrics trial from the summer of 2019, which will create a smoother journey for passengers and provide the airport with the world’s largest deployment of biometric products once the service is complete.

Passengers worried about the use of their personal data when using the self-boarding gates, should be aware that the systems are not compulsory, and they will be given the opportunity to opt-out should they wish.

Nick Caunter, managing director of APH, said: “With record numbers of passengers travelling through UK airports earlier this year, an increasing number are looking to biometrics to help passengers pass through airport security quickly and efficiently.

“Many UK airports already have e-Passport gates in place, and with self-boarding gates also on trial at Gatwick and Heathrow, the APH guide will hopefully help UK travellers plan ahead when passing through security areas in airports.”