Greg Marsh, the CEO of upmarket Airbnb competitor Onefinestay, has left the company that he founded in 2010.

Co-founder Evan Frank took over as CEO on September 15, and a company statement said “Marsh will continue to support the business on an advisory basis for the coming months to ensure a smooth handover”.

Onefinestay, which lets users rent out their properties to holidaymakers, was sold to Europe’s largest hotel group AccorHotels in April 2016 for at least £117 million, with Marsh claiming it was the right option to enable the company to expand, even though he hadn’t been seeking to sell. 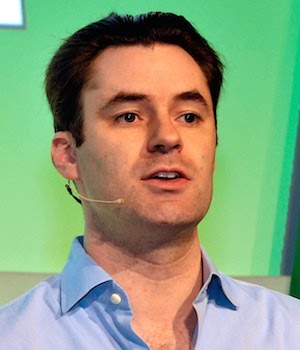 In his statement about leaving the company, Marsh said he was more confident than ever about the Onefinestay’s future.

“AccorHotels is a natural partner and a strong advocate for the potential of our business model,” he said. “It has been the greatest privilege to work with the fantastically talented team which has made onefinestay so successful.

“AccorHotels has a clear vision for how it wants to build the business in the next phase of its development, and I have full confidence in the management team I leave behind me to fulfill that vision.”

Sébastien Bazin, CEO of AccorHotels, also issued a statement about Marsh’s departure. He said: “Greg has done an extraordinary job as CEO over the last seven years, devising and creating a brand recognised for innovation and service excellence, and scaling the business into five international markets. We are grateful for his continued support through the transition period.

“We are committed to building on Greg’s work over the coming months and years, to deliver on our distinctive vision for how onefinestay can define and dominate its category.”