RCI Ventures is sad to report the passing of Brian Folley, one of the European timeshare industry’s best-known and respected figures.

Brian had been in poor health for some time and died on 22 February after a lengthy period of hospitalisation.

His early career was spent both in the UK and the US in public relations and publishing, working in the press departments of both Trans World Airlines and British Caledonian. He headed up Press and PR activities in the USA for the latter when the airline resumed scheduled trans-Atlantic operations in 1977. He also worked for the airline’s US promotional agency in New York and with a daily aviation publication based in Dallas.

In the late 1980s he returned to the UK to join RCI as one of its original team based in London, before the company relocated to its European headquarters in Kettering. 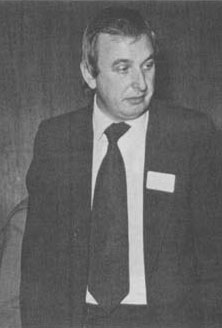 Brian Folley pictured in the mid-1070s

He spent 14 years with RCI as its head of publications, during which time he and his team produced the widely-respected industry journal RCI Review, forerunner to RCI Ventures, as well as member magazine Holiday – now known as Endless Vacation – published in more than a dozen European languages.

After leaving RCI Brian worked as editor of the OTE (later RDO) newsletter between 2001 and 2008 and was an active member of the RDO Communications Council and media steering group.

Christel DeHaan, RCI’s co-founder, said: “I remember with great fondness the pride Brian took in showcasing his latest publications and his passing only underlines the importance of valuing relationships and people.”

Claire Williams, RCI Campaign Manager in the exchange company’s European Marketing Department, said: “Brian interviewed me for my job with RCI in 1995 when I started working in the industry. I learned a lot from him –  I was new to the publishing world and he was a great mentor and teacher.

“Brian was an impressive person with a big character. I was part of the team that went out to the 1999 OTE European industry conference, as it was then known, to produce a daily event newsletter. It was a tough task and Brian’s strong leadership and professionalism made the newsletters an acclaimed success. Those at RCI who worked with him are saddened by news of his passing.”

Brian’s funeral will take place at Slough Crematorium (Stoke Rd, Slough SL2 5AX) on Friday 7 April at 1.00pm. Flowers are welcome or donations, if desired, can be made direct to your own chosen charity in Brian’s memory, and condolence cards can be sent via Liz Taylor at Christel House.