Novasol announces take over of Wimdu

With some 350,000 options for overnight stays, Wimdu is Germany’s largest provider of private apartments, and pitches itself as the cheap alternative to hotels, claiming its rates are 50 per cent cheaper.

The takeover deal, which has been approved by the Federal Cartel Office, follows Novasol’s recent acquisition of Spanish portal Friendly Rentals, a specialist in the online rental of urban apartments, and expands the company’s offering, according to Bernd Muckenschnabel, chairman of the Novasol supervisory board.

“The acquisition brings an additional marketing channel for our existing house owners,” he explained.

Copenhagen-based Novasol has been part of the Wyndham Worldwide family of companies since being taken over in 2002, and made a profit of €14.5 million in 2015.

Michael Buller, from internet travel retailers’ association Verband Internet Reisevertrieb, said the move seemed a good fit, and had come at the right time for Wimdu, which had been hit hard when the rental of holiday apartments in Berlin – its biggest market – became almost entirely prohibited in May last year.

The German firm was also struggling to cope with competition from its powerful rivals Airbnb (which has taken in $3 billion in venture capital), and hotel providers HRS and Booking.com, which are expanding their vacation apartment offering – an area in which Novasol excels.

“The vacation-home segment is booming,” said Buller. “Wimdu can definitely be of help in marketing.” 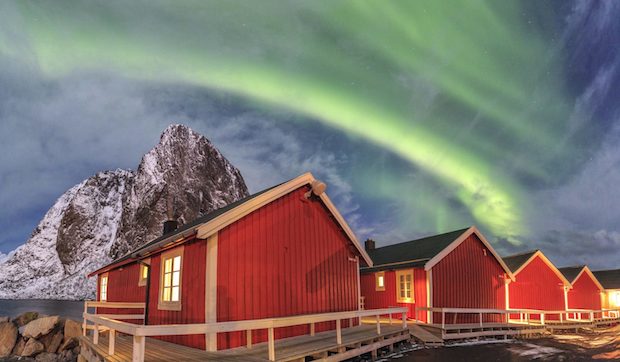 Novasol has traditionally made its money from rentals of Scandinavian holiday homes. Source: DPA