New direct flights have been launched from London City Airport (LCY) to Vilnius, the capital city of Lithuania.

LOT Polish Airlines is offering up to 12 flights a week on the service and is also the first carrier to offer business class on a direct flight to the destination.

The new flights reflect the increasing demand for Vilnius as a city-break destination, with growing popularity among British travellers. Last year the city saw a 20 per cent in tourist numbers, not least because it is becoming a hotspot for gastronomic tourism.

The city also drew attention last year for the much-discussed tourism campaign that referred to Vilnius as ‘the G-spot of Europe’.

Robert Sinclair, CEO of London City Airport, said: “We are excited to make Vilnius even more accessible from London. European capital cities have a lot in common but we can celebrate our uniqueness, inspiring travellers to explore new places and return time and time again.”

Sinclair said the G-spot of Europe campaign was similar to the philosophy of London City Airport in daring to be different, standing out and brave. 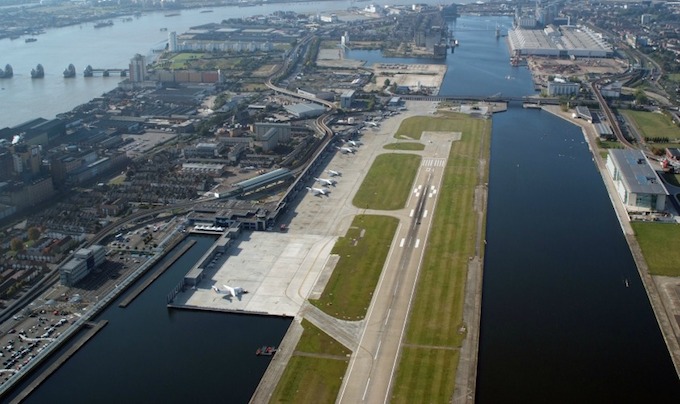 Remigijus Simasius, the Mayor of Vilnius, also welcomed the new flight route. He said: “Vilnius is delighted to have another direct link to a like-minded capital and we look forward to welcome more UK guests to the city, hoping they discover all that we have in common, together with Vilnius’ unique identity.

“London City Airport is easily accessible, much like Vilnius airport, and our cities are both share a walkable, friendly ambience where history, culture, food and language combine to create a destination of distinction. London and Vilnius are closer than ever.”

In addition to the increased demand from leisure travellers, the new route further enhances the destination’s appeal as a MICE and business travel destination. The UK is one of the main investors in the Baltics according to FDI markets, and Lithuanian business has strong export relations with the UK.

Vilnius has also become a very important financial technology hub, with London finance companies outsourcing key elements of their businesses to be based in Lithuania.