London generates more spend from international visitors than any other city in Europe, according to a report by the World Travel & Tourism Council (WTTC).

Europe City Travel & Tourism Impact is one of a series of reports by WTTC which looks at the contribution of Travel & Tourism to city economies and job creation. The study covers 65 cities, 17 of which are in Europe. The report was launched to coincide with the opening of World Travel Market at London’s ExCel centre – the leading global event for the travel industry which attracts 5,000 exhibiting destinations and 51,000 travel professionals to the city.

Gloria Guevara, WTTC’s president and CEO, said “London is a truly international city and the London is Open campaign has given a very strong message of welcome to tourists from abroad, which, with a great offering and unique experiences for tourists, means the UK’s capital has gained the top spot when it comes to international tourism to cities in Europe.

“Uncertainty around Brexit and the impacts of terrorism will put pressure on the city’s tourism sector in 2017, however our data suggests that London is well placed to be resilient against these challenges. We expect international tourism spend to increase by 7% every year over the next ten years.”

Following attacks in January and November 2015, international arrivals to Paris decreased by eight percentage points. However, forecasts suggest that tourism’s contribution is set to rise and return to 4% of the city’s GDP in the coming years.

Brussels experienced a fall in international demand of 17 percentage points following the attack in March 2016, however overall the city’s T&T sector grew at double the rate of Belgium’s over the past ten years (2.1% per year, compared to 1.1% for Belgium), and is forecast to continue to grow at a rate of 7.3% per year over the next decade.

Antalya and Istanbul, both impacted by terrorism and political instability in Turkey, are expected to grow at 8.6% and 9.8% over the next ten years, faster than any other European cities. 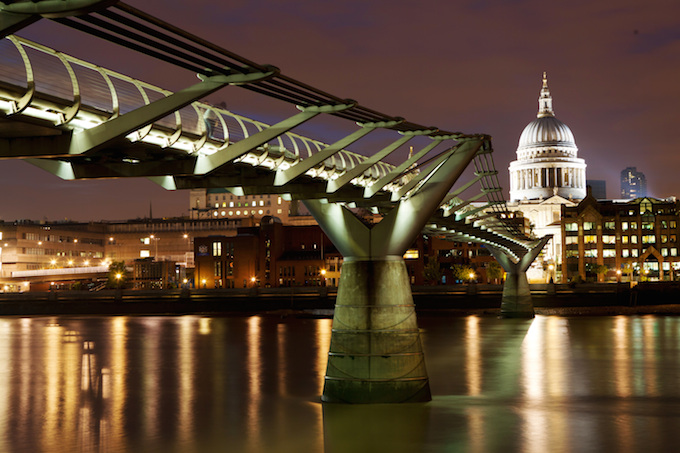 Millennium Bridge with the dome of St Paul's in the distance

The report highlights the overall importance of cities for Europe’s Travel & Tourism sector. The 17 cities studied account for 18% of the region’s total, rising to 25% by 2026. Three of the cities – Prague, Dublin and Brussels – generate more than 50% of their country’s Travel & Tourism GDP; and a further seven generate more than 25% (Warsaw, Stockholm, Lisbon, Amsterdam, Istanbul, Paris and Moscow).

The research also quantifies the contribution of Travel & Tourism to employment in these cities. In Amsterdam, 9.8% of employment (1 in 10 jobs) is directly generated by tourism, compared to 8.4% in Prague, 7% in Lisbon and 6.5% in Berlin and Munich. Across all 17 cities, Travel & Tourism’s proportion of employment is set to increase over the next ten years, highlighting the growing importance of the sector as a generator of jobs.

“This research highlights, for the first time, the economic contribution of Travel & Tourism to European cities in terms of GDP and jobs,” added Guevara.

“It clearly shows that cities are important drivers of tourism across the region, and that cities themselves benefit significantly from the sector. City authorities should prioritise tourism development, and integrate it into long-term planning, infrastructure development and sustainable public policies.

“In recent months we have seen the challenges of increasing tourism to cities such as Amsterdam and Barcelona. WTTC has invested in this research to further understand tourism’s economic impacts as authorities try to strike the balance between visitor numbers and their economic benefits.”