The accolades, announced at the Europe Gala Ceremony held in Sardinia last month, honour the quality of services and the facilities for cruise passengers available in the sunny Portuguese capital.

Paula Oliveira, executive director of Turismo de Lisboa, said: “We are extremely proud to have received these two new awards for our city. Not only do they recognise the diversity of the tourism facilities available for cruise passengers but also the effort that the tourist board is putting into achieving a new level of excellence for Lisbon.” 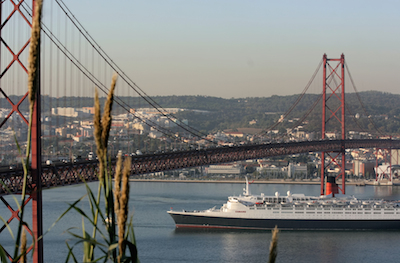 With over 512,000 cruise passengers in 2015 (an increase of two per cent over 2014), Lisbon has firmly established itself as one of Europe’s most popular ports of call. With its rich history, cosmopolitan atmosphere, renowned food scene and sunny year-round climate, Lisbon is the perfect destination for a cruise-and-stay holiday.

Celebrating its 23rd anniversary this year, the World Travel Awards reward and celebrate excellence across all key sectors of the travel tourism and hospitality industry. Both nominees and winners are selected by thousands of professionals and consumers from within the hospitality sector.